Volvo Electric Car: Everything You Need To Know Volvo’s commitment to safety and technology have made them one of the most captivating car manufacturers to watch. And with their vast series of electric vehicles, Volvo is truly leading the way into electric car technology. 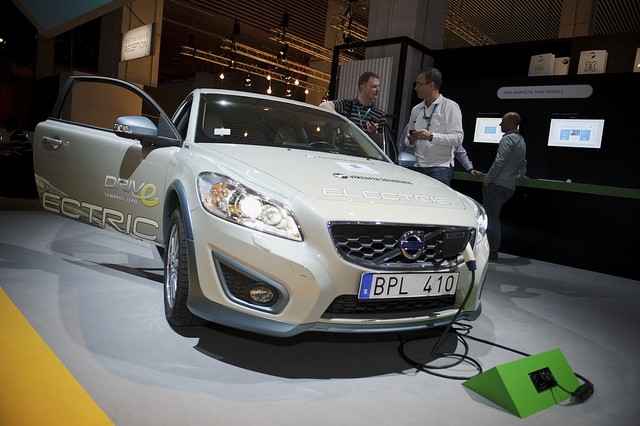 Our prior test drives of Volvo’s C30 convinced us that Volvo had what it took to develop its own line of plug in electric vehicles, complete with triple heating systems designed to ensure winter temperatures, and range lost weren't a major hurdle for Volvo's customers far and wide.

But since then, Volvo has held off bringing an all electric model to market, deciding instead to focus on plug in hybrid variants of existing cars, citing a number of reasons for not going down the electric vehicle route.

Working Out Issues at Hand

At the top of the list was Volvo's lack of funds. Volvo is a lot smaller as a brand than many of its rival automakers, as well as a worry that it could not produce an uncompromised plug-in model that would be attractive to customers.

Consequentially Volvo decided to focus on plug in hybrid technology instead, using the through-road-hybrid drive train it developed for the production of Volvo V60 plug in hybrid, to help it launch the range-topping Volvo XC90 T8 plug in hybrid.

That strategy has helped Volvo place electric and electrified vehicle drive train technology at the top of its vehicle lineup. In fact, it's made plug in hybrids halo cars for the brand, that not only offer better performance than the rest of the family, but also far better fuel economy too.

Volvo announced that it would be going one step further, fitting traction electric motors to every single vehicle it makes from 2019 onwards. That might seem like something of a left-field announcement, especially considering Volvo's past with electric cars, but increasing pressure around the world on vehicle emissions and Volvo's parent company’s plans for expansion means it’s anything but a surprise for those who've been following the brand.

While Volvo has held off making a production vehicle to date, it has always wanted to make its brand electrified. Indeed, way back in 2012 when Volvo started discussing its Vision 2020 plan (a goal to reduce Volvo accident fatalities to zero by 2020), it tacked on zero emissions as a goal for the same timeframe. 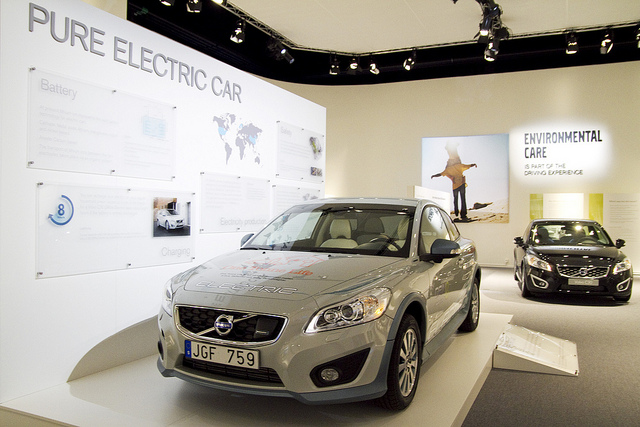 A Dedication to Excellence

Simply put, Volvo's vision for the future has always been zero emissions and zero fatalities. It's easy at this point to look at Tesla and note that it seems to manage just fine producing safe all electric vehicles all without the need for an internal combustion engine.

In fact, when compared to Tesla, Volvo’s plan to make its entire fleet electrified by 2019 may seem like a little bit of a copout. Yet if it meets its goal, Volvo will achieve something rather special. It will be the first traditional automaker to end production vehicles fitted with just an internal combustion engine.

And while the internal combustion engine won't be gone completely by 2020, every Volvo made from 2019 onwards will only be available as either an electric vehicle, a plug-in hybrid or a standard hybrid engine.

Given Volvo isn't a particularly large automaker and doesn't have a whole lot of research and development, its switch over to electrified vehicles is quite a good indication of how far electric vehicles have developed in the last decade.

While other automakers were busy working on limited range electric vehicles primarily for internal use, Volvo has always maintained that it would only bring a production electric vehicle to market when it could do so without compromise on range, safety or user experience.

In other words, when making an electric vehicle capable of several hundred miles per charge, that could rapid charge to full in a reasonable amount of time and tow was possible without massive financial underwriting. Assuming Volvo has stuck to that original goal, it now appears that the time has arrived which is good news for not only Volvo, but the whole of the automotive industry. 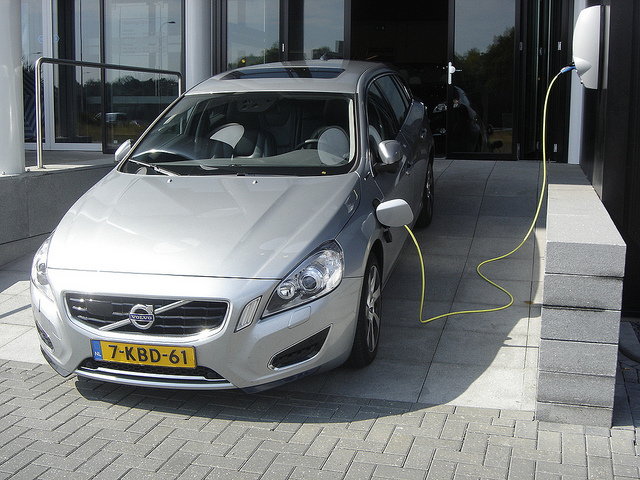 Looking Towards the Future

We’re guessing too that the work Volvo trucks has done on electric buses in recent years, which while a different part of the Volvo family, has probably helped feed back into Volvo's automotive arm, giving it more real-life experience than it once had in electric vehicles.

There are potentially other reasons why Volvo is making the switch when it is. Norway, Sweden’s neighboring country, is seeking to ban the sales of all new cars with just an internal combustion engine from 2025.

Given Volvo's popularity in the Scandinavian market overall, it seems a smart choice that Volvo would choose to realign its vehicle lineup six years before that ban comes into force.

Plus, with other European markets following suit, with non-binding yet earnest resolutions including Germany and France in 2030 and 2040, it really does pay to lead the pack here rather than be rushing to play catch up, especially if you a small volume automaker like Volvo.

A Larger Part to Play

Now we've covered the background, what does this announcement really mean both for the automotive industry and for all of us car buyers? Well just like any other brand, Volvo has its loyal followers who won't buy anything but a Volvo. And now, those customers will get the option to buy electric should they so wish.

But more importantly, it will bring yet another high-end brand to market with electric options, something that will not only help electrify the luxury and premium car segment faster than any other car segment out there, but it will also help provide some much needed competition for Tesla, Audi, Porsche, BMW and Mercedes Benz, all of whom have or are planning to bring luxury electric models to market in the not too distant future.

The more competition there is, the more choices consumers have and the better the prices become between those cars. 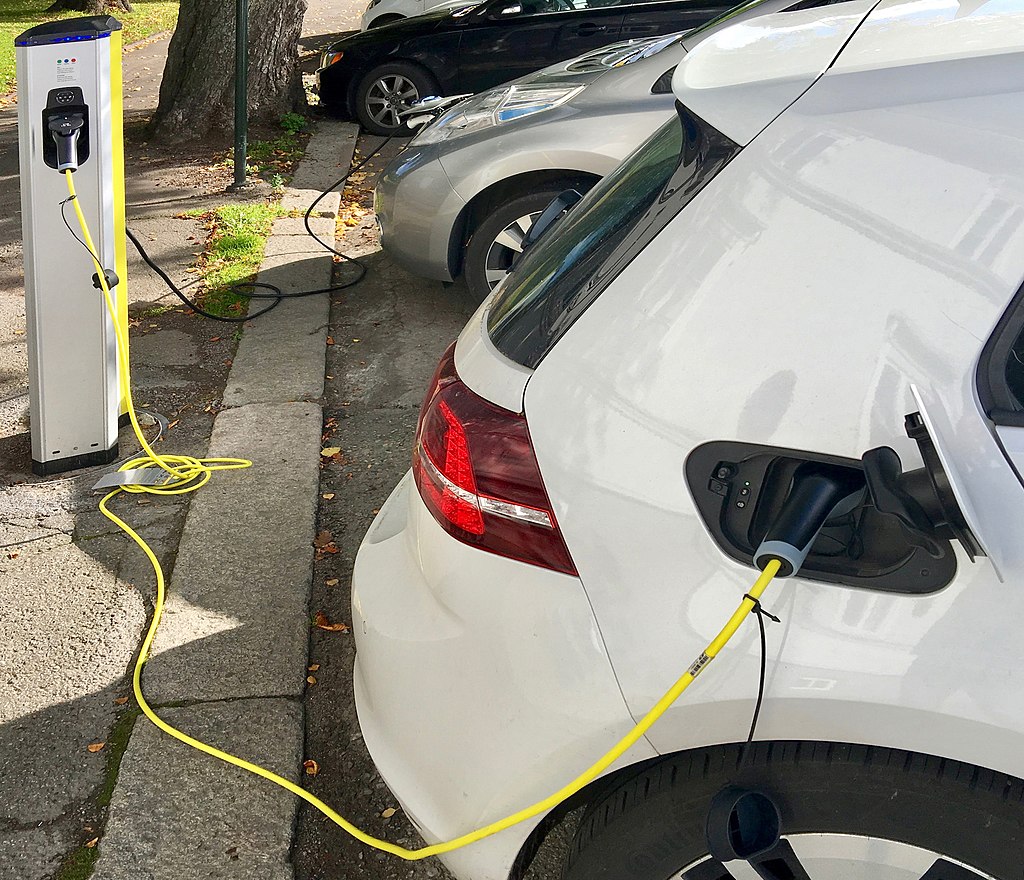 Volvo is a unique car company - everything starts with people. Since 1927, Volvo’s heritage and focus on humanity have all helped shape their philosophy, which is to help people make their lives easier and more enjoyable, while also protecting them from harm. This emphasis on safety, people and quality have always been a part of their cars.

As has their passion for pioneering automotive and environmental innovation and distinctive Swedish design. The first Volvo production car rolled out of the factory in Hissing in Guttenberg, bearing the iconic iron mark logo. The company we now know as Volvo was born.

Since then, Sweden's distinctive culture, its respect for nature and focus on social well-being have all continued to contribute to the evolution of Volvo as a unique human focused company - nowhere else in the world could have produced such a company.

Volvo has always had a uniquely Swedish approach to car design, setting out to satisfy human needs and in the process, driving desire. This approach can be traced from our earliest luxury cars, to the Peevey 444. Launched in 1944, this family sport saloon was to be Volvo's first really big success and their first major breakthrough into the United States.

From the beautiful Amazon of the 50s and 60s, to the iconic 1800 and on to today's state of the art XC90 and concept designs for the future, their aim has always been to design premium cars that make life that bit better.

Volvo has also constantly developed technical innovations that have made driving not only more enjoyable, but also safer. Volvo’s revolutionary three-point safety-built design made its debut in the Volvo Peevey 544 of 1959 and since then it's estimated that it saved over 1 million lives, because Volvo Cars waived its patent rights so that everybody could benefit, whatever car they drive.

In 1964, Volvo tested the world's first rear facing child seat prototype in a Peevey 540, the first of many child safety innovations. And in 1976, Volvo launched the world's first child booster cushion, an invention now used across the world that has saved countless young lives.

Also in 1976, Volvo gave the world the ‘Lambda sound’ - this little oxygen sensing probe reduces harmful exhaust emissions by 90 percent. The California Air Resources Board called it ‘the most significant breakthrough ever made in the control of vehicle exhaust emissions.’ Once again, Volvo gave it to the world and today, virtually every petrol engine car in the world has one.

Volvo’s international reputation for environmental standards and advanced safety was confirmed in 1976, when the U.S. government used a Volvo 240 as the benchmark to set safety standards for all new cars, and in 1978, when it was named the USA's cleanest car.

Since then, Volvo has strived to lessen its impact on the environment through innovation in every part of the lifecycle of our cars. Now all the electricity in Volvo's Swedish factories comes from hydroelectric power. 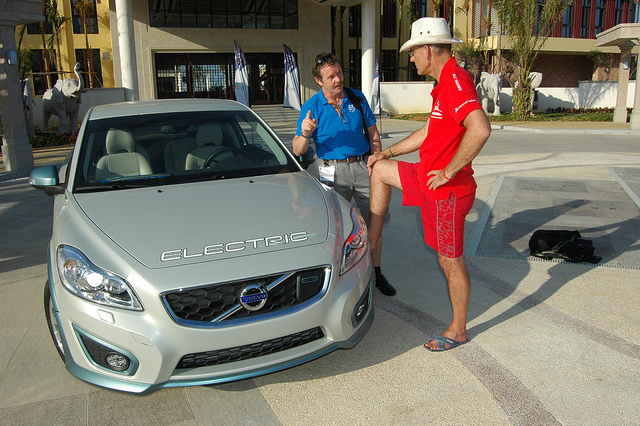 Volvo Electric Car – Made for Everyone

Volvo’s mission is to make people's lives better and less complicated. Their goal is that by the year 2020, no one shall be killed or seriously injured in a new Volvo and they’re working to achieve this by making our cars smarter than ever. Now, intellisafe technology can detect pedestrians even in the dark, plus cyclists, animals and objects surround the car preventing accidents before they happen. We think their founders would have approved.