Nissan Leaf Range: Everything That You Should Know 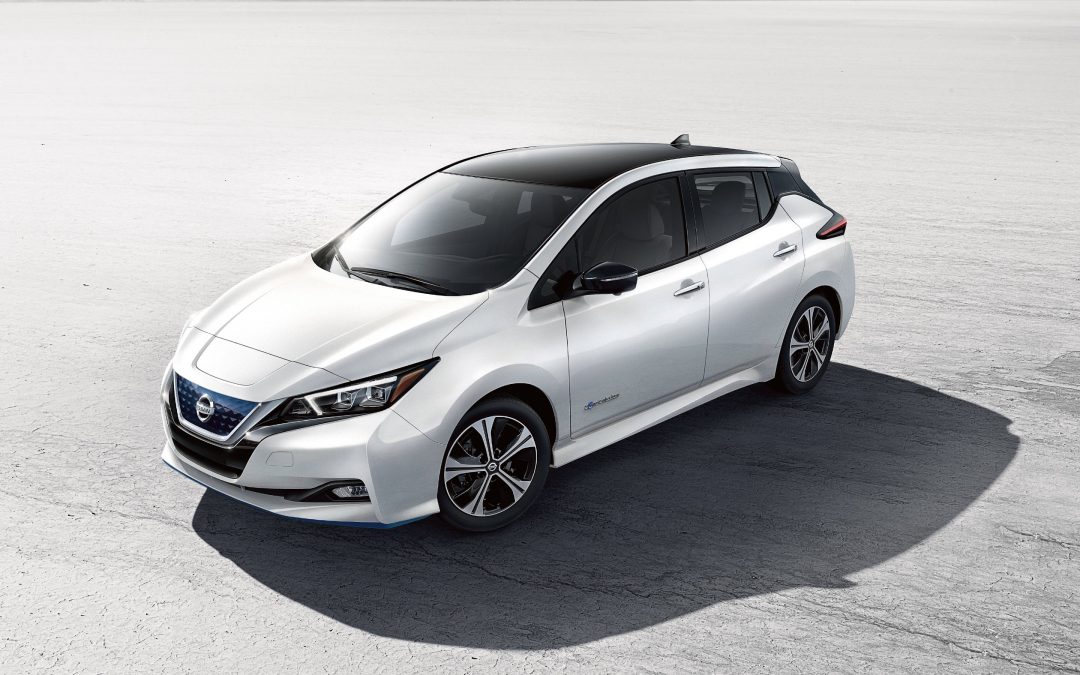 Nissan’s impressive Leaf range has represented a strong draw for motorists looking to move towards more conscientious driving choices. Features and efficiency within the Leaf have been consistently top-notch, and there is little wonder why the model is as coveted as it is.

Now with the newest edition of the Nissan Leaf emerging for eager customers, we decided to take a look at how it holds up, what changes have been made and why we think it is – or isn’t – a top choice for an electric drive train.

Taking a Look at The Nissan Leaf Range 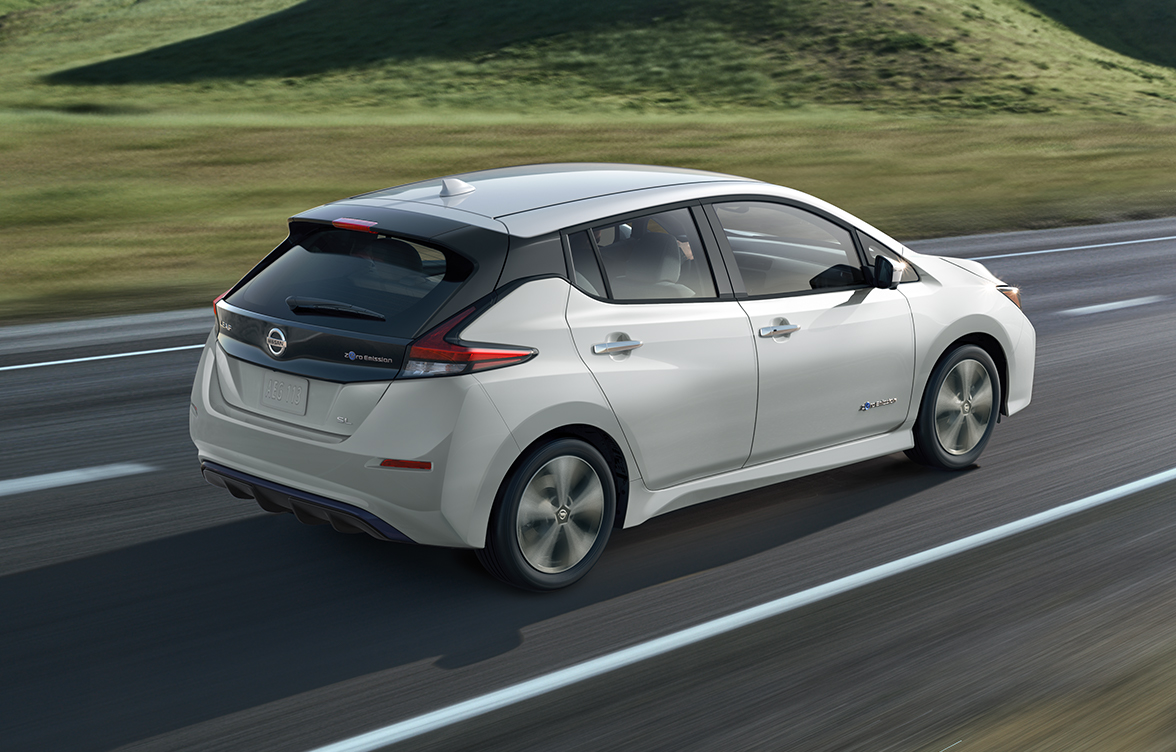 There was plenty to like about the old Nissan Leaf. It had a driving range of 155 miles, a smart interior and offered the kind of low running costs that electric car buyers are looking for.

Towards the end of its life though, it was beginning to look a little outclassed by more modern rivals, such as the runner Zoe or Volkswagen E-Golf.

And that is why there’s the all-new Nissan Leaf, with a greater driving range and a bigger focus on safety than before. The New Leaf could on paper at least walk away with Class Honors here, but does it convince you to buy an electric car? And how well does it compare to its key rivals?

The Efficiency of the Nissan Leaf Range 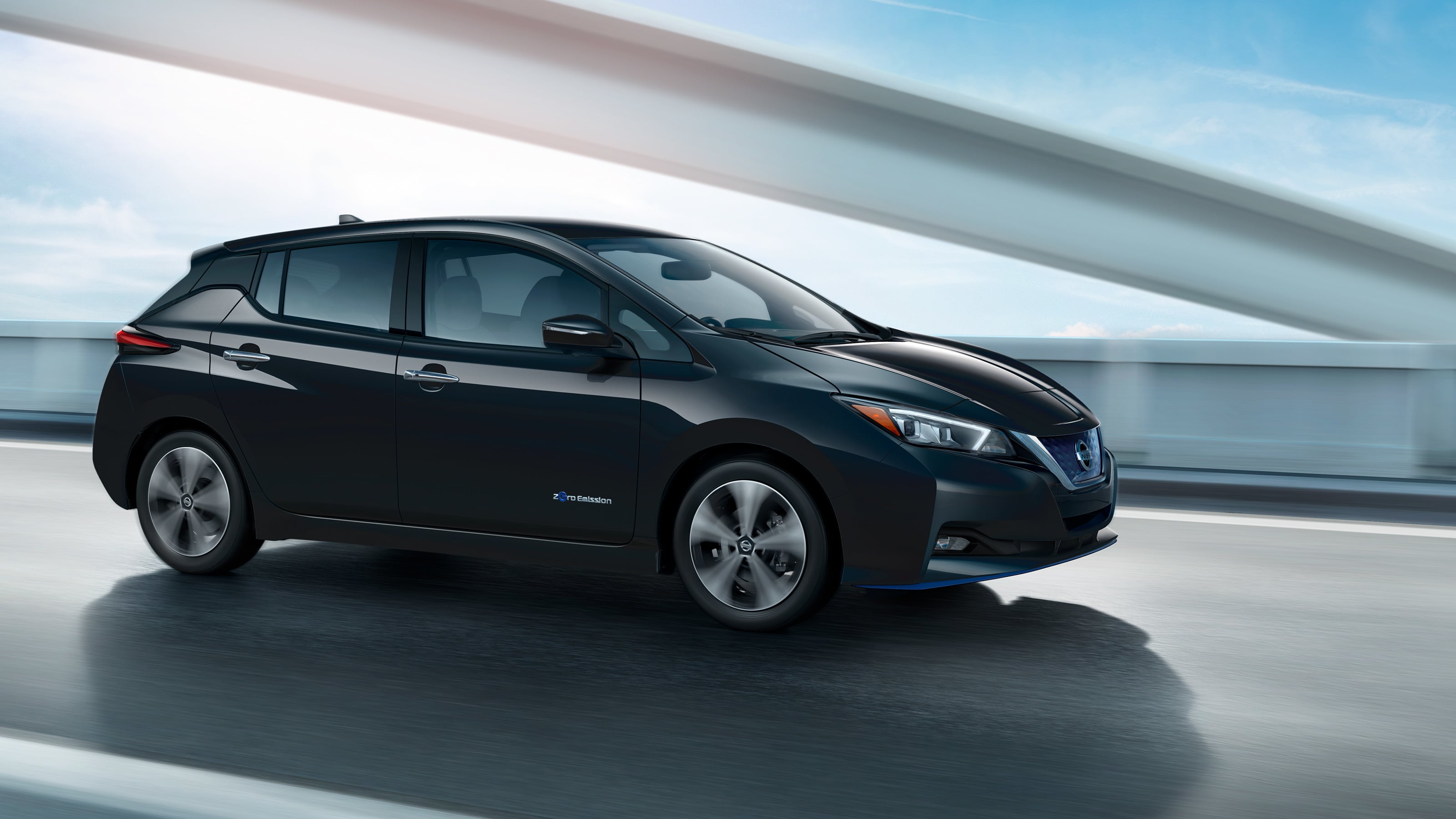 Now unlike in most cars, lifting off the accelerator in an electric car like the Nissan Leaf causes it to slow down, and that’s the car’s regenerative brakes at work, harvesting extra energy from braking to feedback into the battery and help you go further.

Now in the Leaf and in most other electric cars, you also have an extra mode called B mode, which exacerbates that effect and causes you to slow down even faster, but the Leaf goes one step further. If you put the car into its so-called e-pedal mode, when you take your foot off the accelerator, the whole car starts to slow down to the point where you can effectively drive it using only one foot.

Now the Leaf is no slouch. It will reach 60 miles an hour in 8.2 seconds, which is faster than both of its key rivals and it will keep going onto a limited top speed of eighty-nine miles per hour.

The thing is, electric car buyers are looking for how far you can go between charges and in the Leaf, that’s an official 235 miles.

A word of warning though – the test which decided that unofficial range is wholly unrepresentative of real-world driving, so you’re not likely to get anywhere close to that in the real world.

When we tested the Leaf at around five degrees Celsius, we got a range of 108 miles. That’s more than the Volkswagen E-Golf but less than a Renault Zoe. Like with most electric cars, if you put your foot down you do get an instant surge of power and the Leaf feels a little akin to a hot hatch in that respect. It stays slightly more upright than both of its key rivals through corners and has a slightly firmer ride around town too.

Taking a Look Inside

The interior of this Nissan Leaf is fundamentally a big improvement over that of the old car, but this driving position is a bit flawed. You sit nice and high up, but the fact that there are no reach adjustments in this steering wheel means that you’re likely going to sit with that either too far away from you or pull too close to it and that can hamper your comfort on longer trips.

At least you get a good view out of the front of the car, making it easier to see where you’re going to park. However, if you want to look over your shoulder to the rear, the cars heavily stylized backend can make viewing difficult.

Fortunately, you get front and rear parking sensors and even a reversing camera to help.

Consoles and Everything Else

The 7-inch touch screen infotainment system comes standard on every Leaf, and it is loaded with features. You get DAB digital radio, satnav, Bluetooth and USB connectivity, as well as Apple Carplay and Android Auto. This means you can control most of the features of your smartphone using the car’s interface.

It’s mostly easy to use too, thanks to logical menus and big icons and you can use shortcut buttons on either side too. Less impressive is how low resolution the screen is. It’s really not as sharp as what you’ll find in something like a Volkswagen E-Golf. 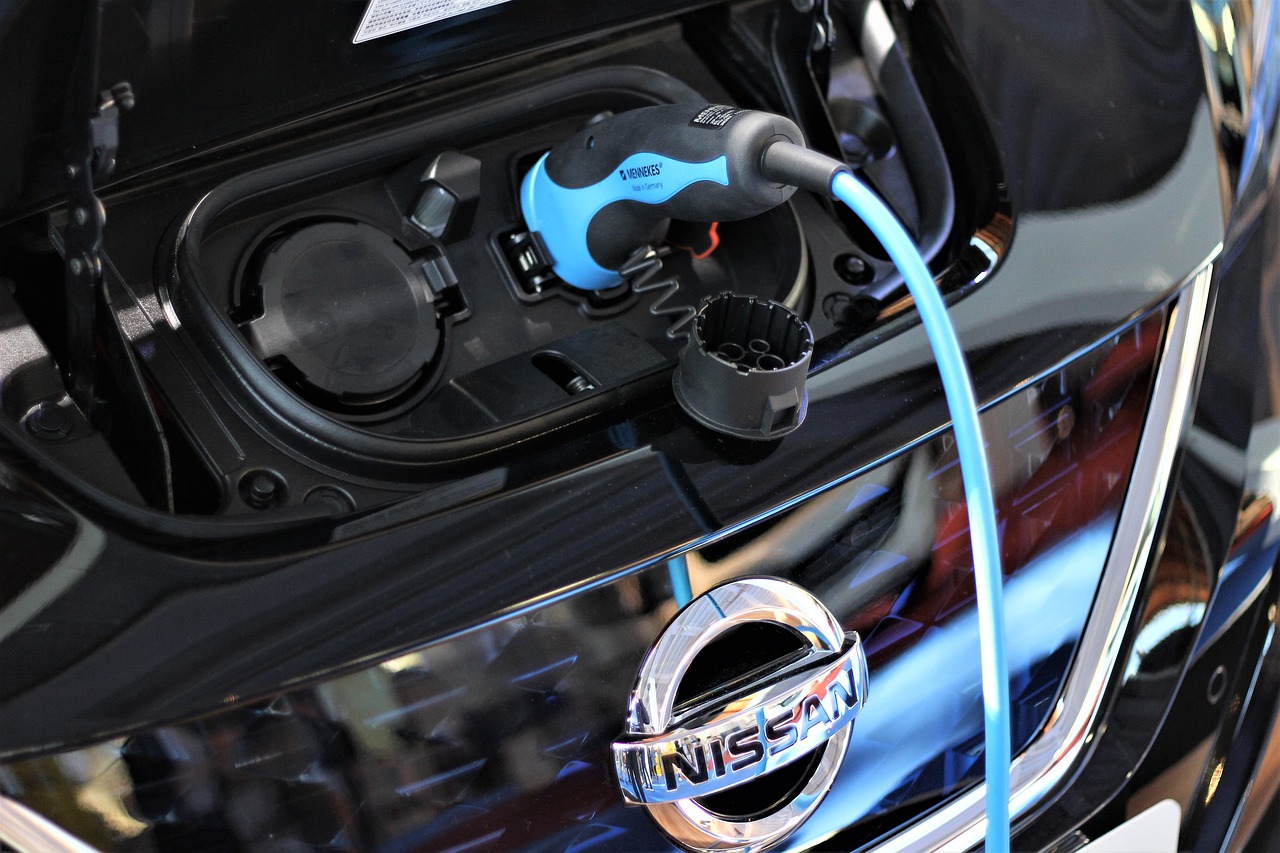 Plenty of Space for Everyone

Interior space is where the Nissan Leaf starts to gain an advantage over the rival Renault Zoe because it is significantly larger inside and that’s most evident here in the front where you’ve got space to stretch out.

There’s plenty of space for your odds and ends; the door bins will easily take a medium-sized water bottle, there’s a cubby for your mobile phone, a large central storage area under the central armrest and of course a glove box as well.

In the rear seats, the Leaf is similarly spacious – 2 six-footers can sit one behind the other and still have enough room. It’s a different story when it comes to headroom though – there’s less than what you’ll find in a Volkswagen E-Golf. And as is usually the case, try and fit three people on this rear bench and everyone will feel the pinch, not least because this middle passenger has to straddle the tunnel in the floor.

There’s more space in the boot of the Nissan Leaf than what you’ll find in either a Renault or Volkswagen E-Golf, so loading a couple of large holiday suitcases, or a large weekly shop should present no trouble.

There’s no height-adjustable boot floor on offer though, so you’re going to have to contend with this rather significant load lip when heaving items over. You can’t at least extend this loading bay if you need to using toggles on the back of the seat and that folds them forwards and gives you a larger area if you need to move some furniture or some DIY.

The Leaf, along with its key rivals from Renault and Volkswagen, qualifies for the lowest band of company car tax, so it makes a good deal of sense as a company car at the moment.

It’s worth remembering though that if you buy privately on a PCP finance deal (as most buyers will) you’ll need to spend a lot of time in the Leaf and do a lot of miles before it starts to save real money.

It’s also worth noting that charging an electric car is vastly cheaper than paying for petrol or diesel and charging the Leaf takes eight hours for a standard seven kilowatts home charging unit, or just 40 minutes using the kind of fast charging equipment you’re likely to find at a motorway service station.

Lots of Options for Buyers

You do get plenty of kits here in the Leaf, especially if you go for M-connector models, which come with 17-inch hallow wheels, heated seats, front and rear parking sensors, climate control and even keyless entry.

You also get automatic emergency braking and six airbags.

Can the Nissan Leaf Keep Rivals at Bay?

Nissan first foray into electric cars was launched back in 2010 – it still remains the world’s highest-selling electric-only car. The Leaf does, however, face competition in the next few years due to some of the most prominent manufacturers releasing their own EV vehicles.

However, Philippe Saillard, head of Sales and Marketing at Nissan, has said the continued success the Qashqai has had, despite the abundance of SUV competition, was proof Nissan is able to hold its own in the face of rivals.

Claiming the invention of the crossover concept, beginning with the Nissan Murano in the US and the Qashqai over in Europe, he believes Nissan have a marked advantage, and that their pioneering ways have led them to trounce the competition in the C-segment with ease – all while providing an option that is non-conventional.

The Nissan Leaf Range – All the Rage

The Leaf is one of the best electric cars around. It offers excellent performance, a big boot and plenty of kits. In fact, we’d go far to say that it’s one of the most tempting propositions for electric motoring we’ve found.

So, go ahead – take a Nissan Leaf out for a spin today!