Drive Solo—A Look at the One Wheeled Segway One S1 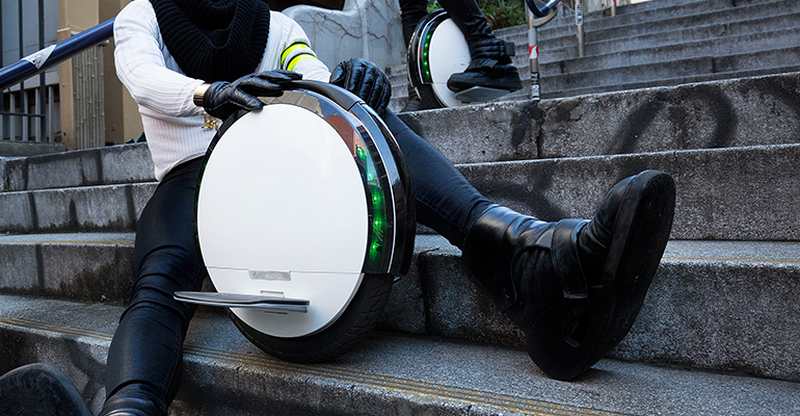 Segway came onto the market with their Segway PT (PT stands for personal transporter) in January of 2002. Their inventor, Dean Kamen, promised that the self-balancing, two-wheeled marvel would change human transportation forever. They planned to sell about 50,000 Segways in the first 13 months, but by 2007 they had still only shipped 30,000.

Though they failed to live up to the initial hype, the personal transportation devices did garner a loyal fan base in both the individual and commercial sectors. Many police departments and security firms purchased fleets of Segway PTs for their foot-officers, as they gave officers more mobility while still allowing them to travel indoors.

In additon to that, the brand has been able to find success in the niche of tourism. For example, it you have evet thaken a trip to our naitons capital, Washington DC, you will see small gaggles of tourists zipping through the city in Segways.

But why exactly hasn’t this brand had the reception that they originally intended? Well today, we are going to take a closer look at the brand Segway and what it is that they have to offer. By understanding them a little deeper, we will be able to see exactly how they have made their mark.

As we mentioned above, another significant component of Segway’s customer base is tour groups. Tourists in big cities can now go on Segway tours, riding around on a Segway PT device so they can see more of the town without having to sit in a car or bus. For the most part, you can expect to find Segway tours in a variety of large cities both in North American and Abroad. For the most part, this is something that customers have seemed to really appreciate. It gives them the opportunity to experience a Segway without making the financial investment that Segways are so well known for.

Segway has released several versions of the Segway PT, but it wasn’t until their merger with Ninebot in 2015 that Segway began releasing cheaper, smaller models intended for everyday use, like the Ninebot by Segway miniPRO.

The Segway One S1 was announced in 2015 as one of the first mass-produced, self-balancing, one-wheeled electric unicycles on the market, though other prototypes and designs had been showcased in previous years.

Like other Ninebot scooters, the Segway with one wheel was marketed heavily towards older teenagers and young adults who enjoyed extreme sports like skateboarding and surfing. They went after this demographic in particular because of the challenge involved in riding a one-wheeled Segway. Becoming proficient at riding the One S1 required a “fearless mindset,” according to Brian Buccella, Vice President of Marketing and Business Development, and he estimated that it would take “riders with a certain mindset” about an hour to master.

There is a surprisingly large community of electric unicycle enthusiasts, and Ninebot had ventured into that world before, but the addition of Segway’s self-balancing technology made a huge impression on the market. Now you can find a dozen different self-balancing electric unicycles online, each with its own group of ardent fans.

Segway applied their patented self-balancing gyroscopic technology to the problem of balancing on one wheel. It’s still a unicycle at heart though, which requires a lot of practice to ride.

The physics and technology behind an electric unicycle are deceptively simple. The Ninebot by Segway One S1 balances itself using a gyroscope and a tiny computer built into the single wheel—the gyroscope detects when the rider is tipping too far forward or backward.

Then the computer tells the motors to either slow down or speed up to balance you out. The side-to-side balance is a little more complicated and requires more skill from the rider, just like a traditional bicycle.

You steer by leaning to one side or the other, and acceleration requires leaning forward, which is easier said than done when you’re balancing on one wheel. Braking is even more gut-wrenching, as it involves bending backward without tipping over. It definitely isn’t for the faint of heart.

About the Ninebot by Segway One S1

The design of the one-wheeled Segway is straightforward—a large wheel in the center, with one platform on either side for your feet. Other electric unicycles use the same basic design, though the size and style vary from model to model. The One S1 has LED lights around the rim that give it a flashier, high-tech look than some of the competition.

The One S1 is the smallest of all Segway’s devices, coming in at only 25 pounds. It’s meant to be portable and has a “carry mode” so you can pick it up by the handle and carry it when it runs out of charge or when you’re going inside.

The one-wheeled Segway has a top speed of about 12.5 miles, which, for the bravest thrill-seekers who can handle it, must feel like flying. Its max range on one charge is 15 miles, though it depends heavily on how fast you ride and how rough the terrain is.

Speaking of charging, the Segway One S1 uses two lithium-ion batteries and takes four hours to charge fully. The batteries are lightweight and snap into the side of the wheel.

Another exciting component of the Segway One S1 is its smartphone app. The official app for Android and iPhone can enable training mode, change the sensitivity and speed of the device, and activate anti-theft features. You can also view details about your rides, and upload and share videos for other Segway One riders to see.

Below is a full list of specs for the Ninebot by Segway One S1, taken directly from the spec sheet on their website.

We scoured the web for Ninebot by Segway One S1 reviews from electric unicycle enthusiasts, new riders, and professional tech review websites.

The Electric Unicycle community on Reddit is mostly made up of hardcore riders who have multiple “wheels” (as they call electric unicycles) and high-end tastes. New riders pop in occasionally to ask questions and get brand recommendations.

Ninebot enthusiast can_stop_will_stop gave the following recommendation in response to someone looking to buy their first electric unicycle: “I absolutely adore mine. Already had the Ninebot E+, but I love how much sleeker it is just appearance wise. Love that it’s lighter, the change they made to the lights and handle, and that you can pick it up and it won’t freak out while it’s on.

Performance wise, i [sic] can feel the pedals creak a little more when I hop on, it’s a little scary but it holds the weight so it’s probably just in my head. And the slower speed limit does kinda suck, just because when my bf and I are riding them whoever’s on the e+ can’t go max speed since the S can’t keep up, but it’s honestly not a huge deal since it’s only a 1km/hr difference.”

The Electric Rider is an enthusiast site for all kinds of electric personal mobility devices. In their article about the best electronic unicycles, they rated the Segway One S1 as the best beginner’s choice because of how relatively easy it is for new riders to learn to use.

“According to the reps from Segway, some new riders have been able to get going on the S1 in as little as an hour. That may sound unremarkable compared to the original Segway or most hoverboards, but the truth is that this is a great time for a unicycle. To help you out, there’s a companion app that has a new rider tutorial, but also lets you customize and monitor all sorts of aspects of the unicycle.”

Despite the relative ease for beginners compared to other electric unicycles, Amazon is full of reviewers complaining about how hard it is to learn to ride. Every Segway One S1 seller on Amazon is bogged down with these angry reviews from those who were unable to master the electric unicycle.

Other commenters are quick to point out that these riders would have had the same issues with any other model of electric unicycle, so their ratings shouldn’t count against this particular brand.

NiteShadow, a verified purchaser of the product on Amazon, gave the following review.

“This is a great product! Do not be mistaken though, if you have never ridden an Electric Unicycle before like myself don’t think you will be zipping around right away. There is a BIG learning curve with this, it takes anywhere from 2 – 4 hours and yes you will scratch it! If you want something you can jump on and ride within ten minutes then go with a hoverboard, but hang in there and you will get the hang of it. I am 6’2″ and 280 lbs and it works great for me, just in case any of you are worried about being over the 220 lbs point.

Please be aware of the 1 star reviews because most of them if not all of them have not even purchased the product or didn’t try very hard to learn how to ride it. These are not for the faint of heart! You will be rewarded with being able to go faster then [sic] a hoverboard.”

Overall, both new riders and electric unicycle junkies agree that the Ninebot by Segway One S1 is a solid choice for beginners. The price is remarkably low for the market, making it easier for you to jump in if you’re looking to give electric unicycles a try. You can buy the one-wheel Segway online on Amazon or at any licensed Segway dealer.

We hope that our overview of this popular brand has shed some light for you as far as where the brand Segway came from and how far it has gone. If you know someone who would appreciate learning more about this nifty tool, then be sure to leave us a comment below as well as share this article with your friends and family.

Feature image via Have a Go