BMW Electric Car: Everything You Need To Know 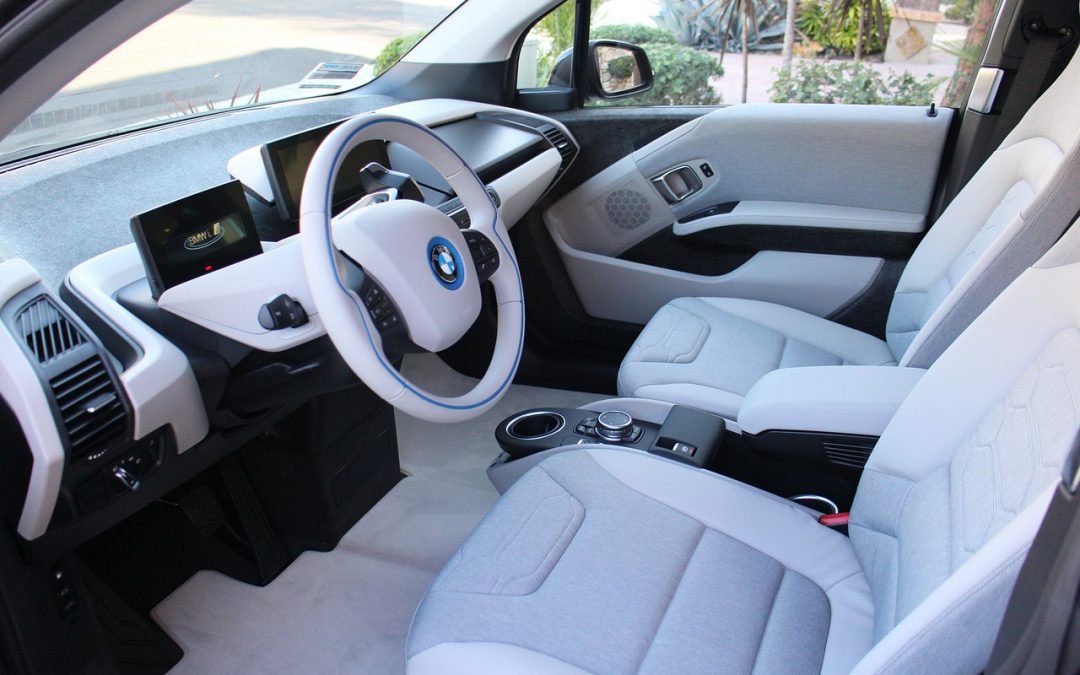 Now, with the advent of electrically powered cars and their hybrid cousins, every car manufacturer is entering the fray in an attempt to win over customers. While some manufacturers are relatively new to the game, BMW has been making strides towards electrically powered motors for quite some time now and has begun to offer a choice of BMW electric car.

One of their most coveted and routinely impressive models is the BMW i8 – a true hybrid supercar – that packs phenomenal efficiency and striking performance to boot. The caveat of the i8 is its steep asking price, which for the average driver, is a little out of reach.

The rest of us, however, can find a solution on the i3, BMW’s flagship electric vehicle, which has gone from strength to strength with every iteration created thus far. Below, we decided to take a look at what the i3 is about, and help you make that all-important decision of whether you’re going to make the jump to battery power. 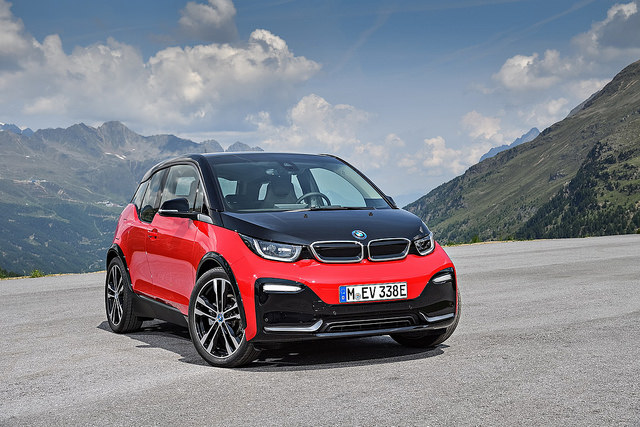 If you are not yet quite convinced by the electric vehicle revolution, then maybe BMW’s i3 could be the car to do it. This model is all the things you'd expect from a compact electric vehicle – it’s refined, easy on the environment and cheap to run.

But it's nothing less than surprising when it comes to sheer driving enjoyment, thanks in large part to the light weight of the specially developed state of the art carbon fiber and aluminum chassis.

This improved model builds on that character with an extra more focused i3 S variant and like before, you have the option to add in BMW’s range extender generator, which alleviates worries about driving range. Two versions of this BMW are on offer - a standard variant, with an electric motor rated at 170HP, and the top derivative that we got our hands on, the Sportier i3 S, which uses a motor rated at 184 HP.

The handling of the S model has been updated with a 40-millimeter wider track, 10-millimeter lower ride height, larger 20 inch wheels and specially tuned springs, dampers and anti-roll bars. This all makes the i3 feel more planted as well as markedly agile, improving the car’s reputation as one of the first EV able to offer genuine driving enjoyment. 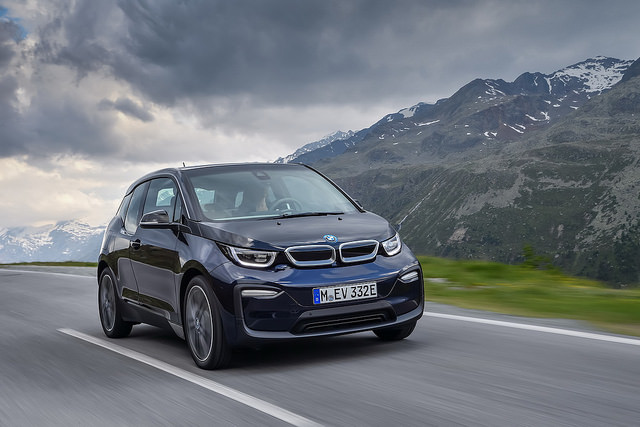 Some Necessary Changes to the i3

Predictably though, the i3 and modifications further stiffen up the ride quality, which was already quite firm in the standard i3, engineers seeking to reduce the natural tendency of the tall, narrow body to roll around the corners.

Unfortunately, there is no adaptive dumping system to minimize the downside here, so even if you're set on an i3 S, we'd advise that you also try the ordinary variant before you decide.

As ever with an i3, whatever choice you make you'll have the option of ordering your car in either full electric spec, or in the range extender (REX form) that around 75% of customers choose, although the preference is down to a peace of mind.

The RTX package adding in a two-cylinder petrol generator, a nifty piece of kit that can cut in to increase your driving range by around 80 miles should you run out of battery charge. You might think that to be an issue, especially considering some rivals can better the amount of mileage possible between charges of this car's 94 amp power, 33 kilowatt hour battery pack - expect around 120 miles in real world terms.

Still charging can be relatively quick. It takes less than four hours using seven kilowatts type 2 war box that you'll need to get fitted to your garage. If you manage get locate a high amperage charger somewhere, most likely at a service station, then up to 8 percent of battery charge can be replaced in just 40 minutes at the opposite end of the spectrum; a normal household plug point will need eleven hours to completely recharge the car. 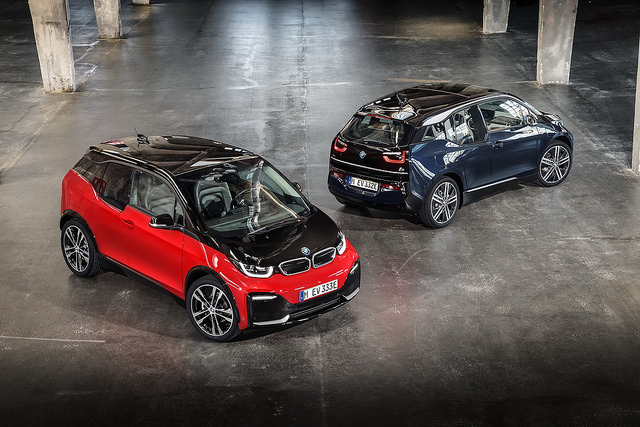 This i3 is now the only compact electric vehicle on the market with really futuristic styling.

Starting from a clean sheet of paper, the BMW E-drive development team were able to create a lightweight body, perfectly balanced to suit the specific needs of its electric power pack. The created weight saving could then be invested in larger batteries to improve the operating range.

BMW aimed for a bodywork fabricated from the kind of aluminum and carbon fiber mix that you'll find on a McLaren supercar or an F1 Grand Prix racer. In actuality, most of the carbon fiber used is blended with plastic.

Still what's important is the end result - without the batteries, what we have here would be easily the lightest car on the market and we certainly like the front end, which has introduced some subtle new vocabulary to BMW’s well-established design language.

The Munich makers familiar double-kidney grill is present and correct, but it's purely cosmetic, because the electrically powered i3 doesn't require any cooling air, even if you choose one where the supplementary range extender petrol engine is fitted outback.

A more controversial touch is a sudden dip via the shoulder line rearwards of the front doors. At first glance, it does look like a bit of an afterthought. You'll be glad it's there if you have to take a seat in the back because otherwise this whole rear seat area will be a bit of a black hole and pretty impossible to get into.

What we have here is a car that's incredibly easy for anyone of any age to get in and out. It is unfortunate though that the rear doors can't be opened until the front one has been, which means that you'll always have to act like a chauffeur when you're dropping the kids off on the school run.

Talk of children brings up a potentially deal breaking point for family folk, namely that only two people can actually be accommodated back here, even though three probably would fit at a squash thanks to the lack of a transmission tunnel. There is a totally flat floor upfront too and the roomy feeling you get is enhanced by the low window line and the tall airy cabin. 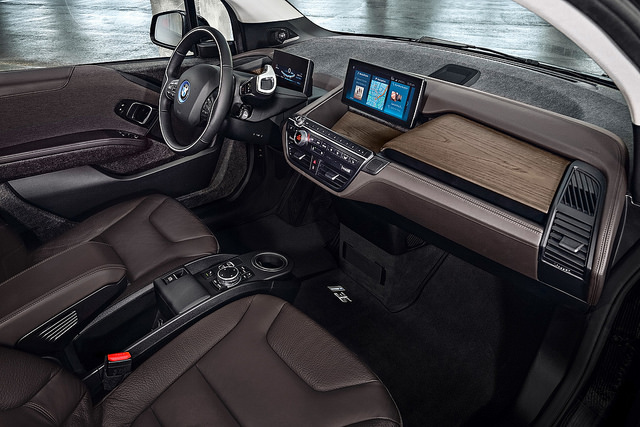 There’s isn’t any standard instrument cluster, only dual HD LCD screens - one of them being behind the steering wheel, while the other is a large central monitor, now standardized at 10.25 inches in size, and sited at the top of the center console, being large enough for those in the back to see.

The gears selector and start-stop button share a store, projecting from the steering column, and you engage gears using the incorporated rotary controller. Finally, the boot has a rather restricted 260-liter capacity thanks to a high floor.

There are lots that we like about the i3 – it has a premium feel that's missing in every other hatch EV currently on the market, something we believe would stand up as a genuinely unique ownership proposition and despite the fact that it's been around since 2013, the i3 is still the most distinctive and interestingly styled car in the class. 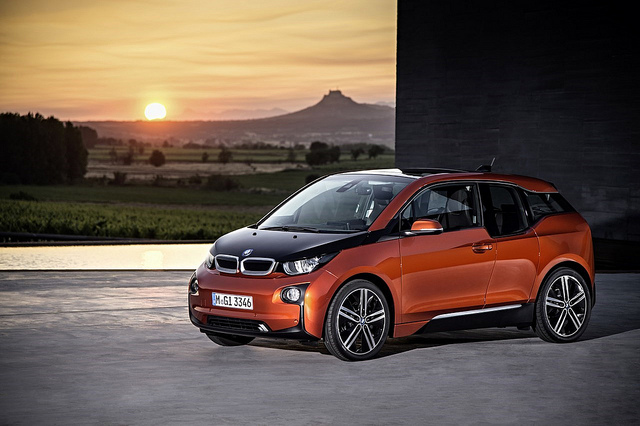 Better still, this BMW remains by some distance the most rewarding electric car you could choose to drive, especially in this uprated i3 S guise.

Having taken the i3 for a spin ourselves, we can truly confirm it's a car the segment needs. The array of features, powerful styling and efficient build making it a fantastic contender for those preparing to take heed of the coming motoring revolution.

As it stands, BMW has truly shown their dedication to crafting motors, and we can expect the i3, along with it’s more ferocious counterpart, to grow and develop into some of the most impressive electric cars that you can get your hands. The i3’s sheer competency marks it out as an already fantastic, and even more promising option for the conscientious driver. Try one out – you may wonder how you went with it for so long!