The Electric Airplane Is Coming: Are You Ready? 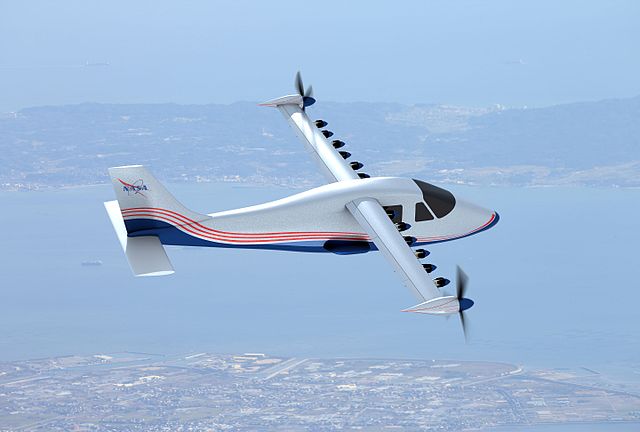 With electric and hybrid cars sweeping the auto market, many have begun wondering when we will see an electric powered airplane. The answer?

Electric airplanes could hit the scene possibly as soon as 2020. However, there are some energy-related problems that engineers encounter in developing electric airplanes that cars don’t have. Until those problems have solutions, we will have to continue using the large, fuel-inefficient aircrafts that we have today.

The good news is that many airplane manufacturers are working hard on this problem, and they are brainstorming together. With so many powerhouse manufacturing companies working together, we may see solutions sooner than most anticipate.

There are many problems to solve before we will find ourselves flying in electric airplanes. There is one problem that trumps all others though.

Trying to figure out how to use battery powered engines for air travel is the largest problem. The battery size required to power a passenger plane as we know it today is impractical because of how much it would weigh. A battery capable of flying an Airbus would be massive – and it would make flying nearly impossible.

However, breakthroughs in flight have often come from developing smaller aircrafts and then modifying those small solutions for larger aircraft. Hope remains high that there will someday be a way for large passenger planes on international travel paths to become electric airplanes – or even a hybrid electric airplane.

Air Traffic Solutions on the Horizon

There may not be any obvious solutions right now, but there are several different key ideas in play. Learn about some of the upcoming aircrafts you may ride in just a few years.

This idea comes from part of the company Airbus. Vahana is an idea that focuses on a very small solution to start with.

This craft would be unmanned and able to carry just one passenger. With two wings each featuring four engines, this electric airplane would take off and land vertically, flying from building to building in short flights.

The Vahana project is ready to start flight testing, as of November 2017.

Airbus is also working on this ingenious solution, which may change public transportation as we all know it too.

Self-piloted, just like the Vahana project, CityAirbus also moves vertically for landing and takeoff. However, CityAirbus will be able to transport four passengers at a time. This project will have zero emissions and low noise levels, meaning operating costs would be low too.

Airbus hopes that this project will become a competitive solution to taxis. If so, vehicle emissions would decrease significantly through the use of a CityAirbus.

This project comes from Boeing and takes into account the variety of unused local airfields available in many regions.

In the current plans for Zunum Aero, this electric powered aircraft will be able to carry twelve passengers up to 700 miles. Specifically designed for environmentally friendly air travel, the team behind Zunum Aero hopes this project will be an economic choice for traveling typically done by car today.

Initally, this project will be a hybrid electric airplane, but it is likely this craft will be able to become fully electric as soon as battery technology advances enough to support flights like this.

Projects like Vahana and CityAirbus can signal what the future of travel looks like for us. Within urban areas, these projects make it possible that public transportation will become fully zero emissions while creating an option that does not take up valuable street space.

The Zunum Aero project hopes to cut down on vehicle emissions by making it easier to make regional trips. For trips many would take by car, a four-hour car ride using a tank of gas both ways suddenly becomes a plane ride shared with only twelve passengers.

With projects like these on the dockets of major airplane manufacturers, it may not be as long as we think until we are traveling by air for even the shortest of trips. However, first, we need major solutions to battery problems.

As battery technology continues to develop, green air travel will come into greater focus. Boeing and Airbus are just two companies working diligently on ways to make airplanes environmentally friendly, with plenty more companies working on these problems too.

It seems like before we know it, air travel will be just as easy as car rides.