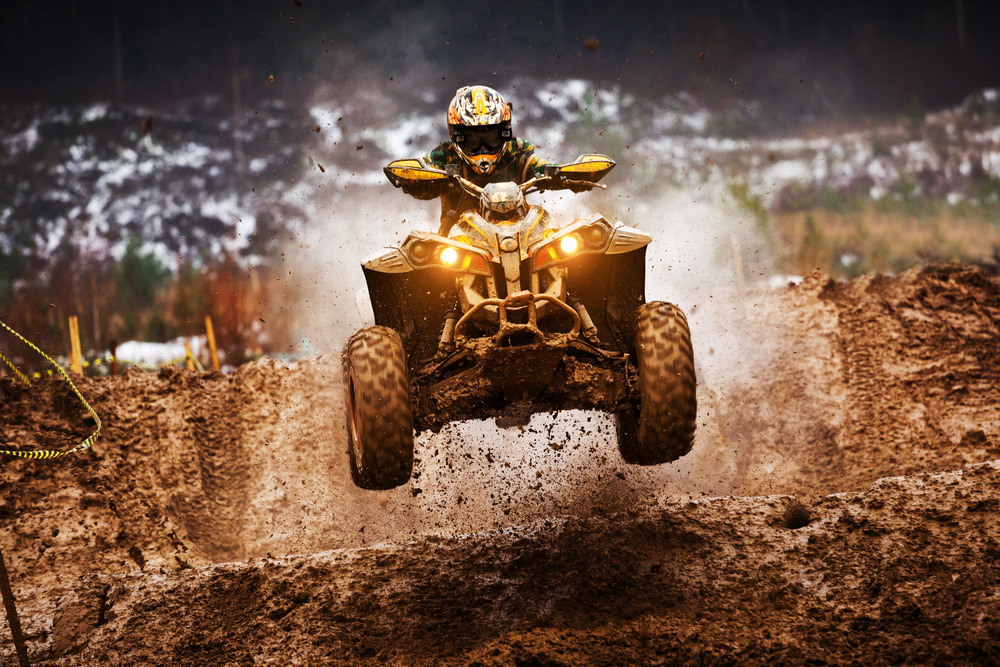 However, there might be a few things about this electric ride that you are still unaware of! The ATV has a history, story, and interesting facts about itself that will intrigue any electric vehicle geek.

First of All, What Exactly is an Electric Four Wheeler?

To the average person, a four-wheeler and electric four wheeler might seem one in the same thing.  However, there are several differences.

ATV’s can consist of multiple types of vehicles.  For example, there are three wheelers, quad bikes, and even six wheelers.  Overall, an ATV is any kind of motor bike that can ride off road and on all types of terrains with two handlebars and more than two wheels.

Four Wheelers are Very Rare or even Forbidden in Many, Many Countries

As most people know, it’s very common for four wheelers, electric bikes, or any kind of ATV to be forbidden for riding on roads and highways.  However, what you might not have known is that in multiple countries, the vehicles are forbidden altogether.

In Europe, it is legal to ride an ATV if it has been registered and the rider has been permitted to do drive it.

It is said that the early days of ATV’s began in the United States, about ten years before Japanese car brands such as Honda and Toyota.  Specifically, this was in the 1960s when they were commonly used for construction, work, and transportation off normal roads.

In 1970, Honda became the first seller of the modern All Terrain Vehicle, and it sold for around $600.

The first ATV to be manufactured and sold was a six wheeler in the 1960s.  The first and most popular three were the Jiger, the Amphicat, and the Terra Tiger.

These six wheelers were designed to ride on all types of land and used primarily for labor as stated in the point above.

1970s Entertainment was What Lead to the Most Popularity

In the 1970s, movies and television shows began featuring three wheeler ATV’s and ultimately, lead to its increasing popularity.

The three wheeler, technically termed the All Terrain Cycle, appeared in three important and popular movies and TV shows.  These included two television shows: Magnum, P.I. and Hart to Hart; and the movie Diamonds Are Forever featuring James Bond.

The Four-Wheeler Wasn’t Introduced Until the 1980s

In 1983, the company Suzuki released the first, modern four wheeler as we know it today.  In the previous two decades, six wheelers and three wheelers had taken over the market.

Two years later in 1985 the company introduced the first four wheeler to be of extremely high performance into the market.  It was called the Suzuki LT250R QuadRacer and included the most attractive and durable features thus far.

In the late 1980s, the company Yamaha produced the Banshee 350.  This four wheeled ATV was extremely popular and also had a liquid-cooled motor like the first popular four wheelers of its decade produced by Suzuki.

Unique in power delivery, the Banshee 350 became largely popular amongst sand dune riders because of it.  But despite the popularity, Yamaha announced that 2006 would be the last year the ATV was to be sold in the United States.

The Rich History of the Electric Four Wheeler

From being created for useful purposes, to being featured in famous movies across the country, to introducing a new sport to the world, ATV’s are worth knowing about.

There is a variety of uses for ATV’s, whether it is for fun, work, or sports.  Sports such as ATV racing and cross country especially use electric four wheelers.

Now, the ATV is being sold and utilized all over the world.  In Israel, for example, it is called the Polaris.

But regardless of use, the ATV has an interesting and noteworthy history and story to tell about how something invented only forty or fifty years ago can quickly take over the vehicle industry.