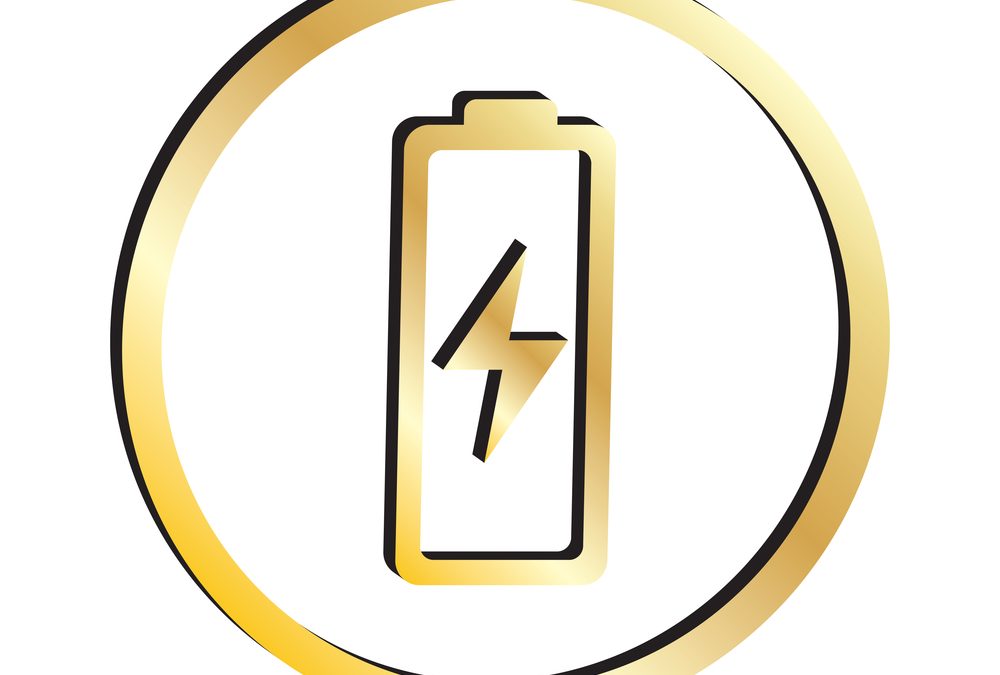 Scientists “discover” revolutionary occurrences by accident all the time.

It’s hard not to wonder how many accidental discoveries scientists have missed over the years due to their concentration on the task at hand.

The world may never know.

Well, you can add another accidental discovery to the books: the never die battery.

Here’s a crash-course high capacity gold battery review to understand how it works.

There are a lot of different batteries out there.

In this article when you see the phrase “traditional battery,” it’s referring to rechargeable lithium-ion batteries that you typically find in your smartphone and other devices.

Why Do Batteries Lose Their Charge?

You probably (hopefully) know all the rules for keeping your phone or laptop battery “healthy:” don’t leave it plugged in all the time, unplug it when the charge is full, let the device completely die before repowering every once in a while. And for the love of all that’s holy: don’t sleep with it under your pillow.

Why do batteries lose their charge, anyways?

Rechargeable batteries rely on lithium (a metal) to “carry” the power between electrodes through a liquid electrolyte substance. As an alkali metal, lithium is conductive, flammable, and volatile so it’s perfect for transferring electrical current.

Over time, the lithium inside the battery starts to corrode and it loses its charge capacity.

This is why exploding phones aren’t such a rare phenomenon. It’s also why you can’t put lithium-ion batteries in your checked luggage under the plane: flammable substances are floating around in liquid kind of like a bomb.

How Gold Nanowire Batteries Are Different

Some critics are reluctant to even call gold nanowire batteries actual batteries.

They don’t contain all the same components of a standard battery. “Normal” batteries have a cathode and anode. The cathode puts electricity out while the anode pulls the electricity in.

Gold nanowire batteries instead contain two cathodes that cycle electricity back and forth.

In traditional batteries, the lithium-ion carries the electricity from the anode to the cathode by using the liquid electrolyte solution.

That’s actually what scientists were trying to create: a solid-state battery.

When they tested it, they realized it lasted 200,000 cycles without taking a hit in the capacity department. That’s 400 times longer than traditional batteries. Plus, it’s way safer due to the solid-state gel.

Now, what about a high capacity gold battery review?

What does review mean here? Practical applications. Sure, they’ve got a never die battery prototype running, but what about electric cars, phones, and other devices.

Money is a big problem.

Lithium isn’t exactly cheap to extract and produce but it is extremely abundant – there are large lithium deposits on nearly every continent.

The never die battery, on the other hand, requires gold for the nanowires and gold isn’t cheap. Although its only require very small amounts of gold, that still adds up quickly.

In its current form, you probably won’t find any gold nanowire batteries in your smartphones anytime soon. If researchers could replace the gold with nickel or something cheaper, that’s another story.

What About the Fastest Charge Battery?

If you’re looking for the fastest charge battery, you need to pivot to the world of electric vehicles.

That’s really where all the research and money is. Companies like Tesla, Toshiba, Toyota, and Honda are all racing to come up with the lightest battery that holds a charge the longest yet charges very quickly.

When it comes to electric vehicles, a battery first and foremost needs to be safe. So, it needs to by non-combustible in the event of an accident and hold up to heat.

Next, the battery needs to be very lightweight – which is currently another big issue with battery development.

Finally comes functionality and consumer convenience: the battery needs to hold a charge for a long time and charge quickly. It also needs to be fairly inexpensive so people can actually afford to buy the vehicle.

As for the fastest chrage battery? The latest news says Honda plans to develop a 15-minute charging time by 2022, but who knows: that news be outdated by tomorrow.