Moving Walkways: A Brief History and Look at the Future 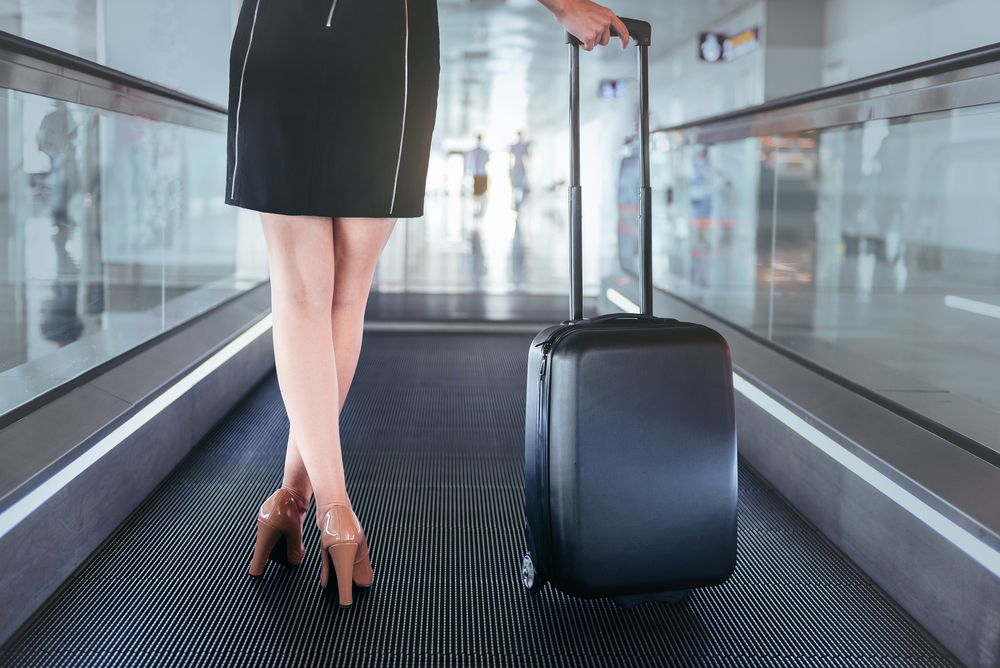 Moving walkways, Trav-O-Lator, moving sidewalks – whatever you choose to call these contraptions, we have all used these in an airport once or twice. You may have found yourself wondering: “Am I even getting to my terminal faster?”

You will learn the answer to that question and more through this blog. The answer might surprise you, as will many other facts about the airport moving walkway.

For an invention that is essentially a human conveyor belt, it might be astounding to think about how the moving walkway has become a staple of major airports around the world.

The History of Moving Walkways

The first idea for a moving walkway was floated in 1893 for the World’s Columbian Exposition. The walkway as we know it today was built in the 1950s. Moving walkway manufacturer Otis Elevator Company coined the term “Trav-O-Lator,” and began producing the walkway because the company believed travelers shouldn’t have to carry luggage from terminal to terminal.

Since being introduced to the market, the Trav-O-Lator was installed in the Dallas Love Field Terminal in 1958. However, the walkway additions caused some problems for travelers. Clothing became caught in the conveyor belt – as well as high heel shoes, which caused some minor injuries.

Within a couple of years, more airports installed the moving walkways, touted as a sign of the “jet age.” More and more individuals were traveling through air, leading to airport expansions across the United States.

Along airport terminals with moving walkways, you will often see artwork as you pass by. The artwork provides opportunities for artists to be seen, while also providing passengers with thoughtful imagery during their journey through the airport.

While many airports in the United States still use moving walkways, there are some who think that these walkways are inefficient and should be discontinued. On the other hand, other innovators are looking at ways to make them more efficient for continued use.

Most airports currently have at least one moving walkway, but some airports have started removing old walkways too. Chicago’s O’Hare Terminal C featured multiple walkways, but because they were over twenty years old, O’Hare has started taking the walkways out.

Spokepersons from O’Hare also noted that the walkways can slow down travelers or get in the way. The average person walks at about three miles per hour. Moving walkway speed typically reaches only 1.4 miles per hour. So if you are the type of person who stands in one place on these walkways, you are slowing down by half your normal speed.

Even if you walk along these moving walkways, many travelers slow down their natural walking speed to 2.24 miles per hour. Many travelers who continue their strides on moving walkways are forced to stand when they get backed up behind more standers.

The bottom line when it comes to moving walkways: more often than not, they will slow you down.

However, you will still likely find one or two walkways in most airports as we move forward. The moving walkways are particularly nice for the elderly or ill who need to move across terminals quickly but get tired doing so.

The Future of Moving Walkways

After learning that these walkways can slow you down in airports, you might wonder what kind of future this invention could possibly have. Vitoria-Gasteiz, Spain, has the answer for you.

Using the moving walkways in airports, where folks are usually trying to run from Point A to Point B (or even C, if your flight was moved), these might not make a whole lot of sense anymore. But what this Spanish city discovered is that these walkways might be useful along their streets.

Vitoria is an Old World town on the northeast coast of Spain. Its picturesque streets are historic in nature, but the streets can be incredibly steep and difficult to walk. So Vitoria’s city leaders decided to take an innovative step.

They purchased a design from an architect, specially made for the city. The moving walkway cost 3.7 million euros, and the town has worked hard to make it blend into its surroundings. Primarily made of glass, this walkway still allows travelers to view their surroundings without impediments.

Other cities may begin considering making this change, so that their steep roads become accessible to all as well. People are finding new uses for this old-school invention, so you never know where these might just pop up.

Though this invention never reached the acclaim that escalators and elevators have, the moving walkway has its fans who would be devastated to see it leave airports. Lucky for these travelers, it does not seem like airport moving walkways are going away any time soon.