Facts About the Solar Car Race – in Both Senses 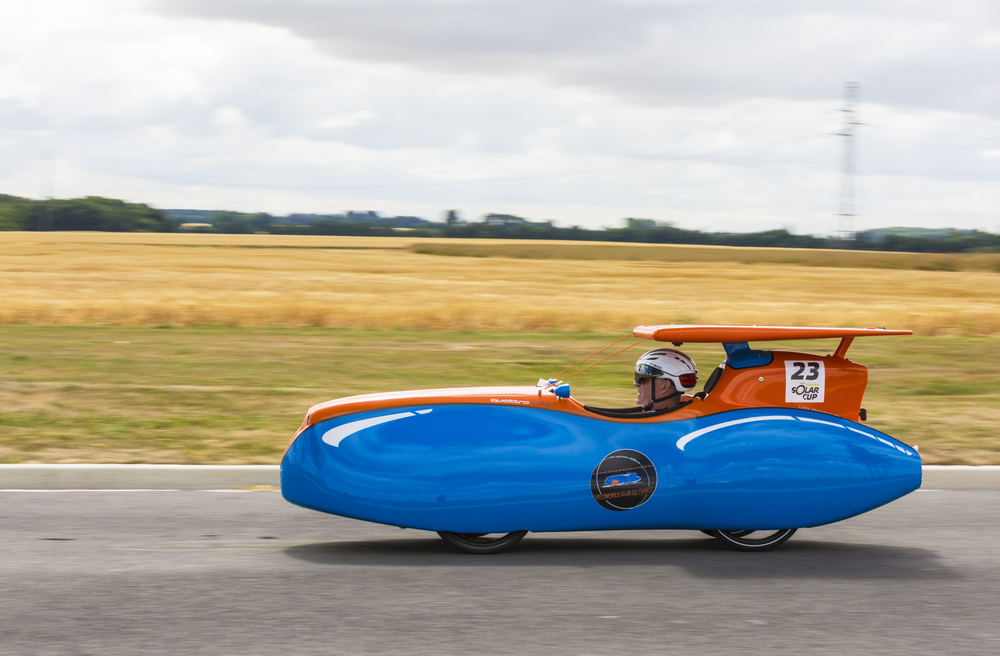 Solar cars have been evolving at an impressive rate over the past decade. Their design has become more efficient, allowing for better performance and longer road times between charges. In this aspect, the proverbial race toward a world of solar cars over taking gas guzzlers is on.

But the other sense of the term has significance, as well. Solar powered race cars are also developing, as individuals want to use vehicles for competition as well as travel. Solar racing car groups have worked to improve their technologies and hold corresponding events to go with them.

Because of the way technology has developed, the race toward solar energy in transportation has coincided with solar race car design. How are both of these fields similar? Besides the obvious fact they both deal with solar technology, they both hinge on a couple of factors – namely a key design strategy and an economic change that must be made.

Solar production must improve when it comes to battery cells. These components must be improved, and the cost of doing so must be reduced. When this happens, solar energy will become more prominent in many areas including car racing.

The Solar Race is Speeding Up

The development of solar technology has accelerated as much in the past decade as it has cumulatively in its entire existence. Though decades of research have gone into developing solar products, only in recent times have successful prototypes been seeing successful deployment and testing.

Batteries capable of powering common-sized motors and electronic devices have been popping up more often. Of all the various industries where solar technology has developed, the auto industry has perhaps seen the most growth.

The solar race has seen significant progress in areas where there is market demand. With everyone from the casual driver to the commercial travel-based company looking for affordable ways to get from A to B, electric cars are seeing growing consumer interest.

Add to this the fact that they are much less burdensome on the environment, and solar cars have seen a fast surge in popularity. Delivery companies, ride sharing networks, and private drivers from all walks of life have an interest in solar cars. But the racing industry has also looked at these vehicles, and thought about how they could change the world of automotive competition.

How is Racing Technology Different?

The technology used in racing is similar to that used in basic transportation. In essence, the vehicles are the same. But many races place an emphasis on performance-based automobiles. If a vehicle will be involved in a competitive race, it is usually expected to have some impressive abilities for its class.

The pool of electric cars is small at the moment – this means the market for electric racing cars is even smaller. But this doesn’t mean there is no activity at all in this area. The same spirit that has driven the racing craze with gas-powered vehicles remains even as the world moves towards solar.

The allure of solar technology has always been its balance between economy and environment. But for those who love to push vehicles to the limit and see how fast they can get them from A to B, the racing aspect is the most interesting.

Solar cars that are designed for more intense use usually equates to a faster max speed and a longer max uptime between recharges. This factor plays the most prominent role in the racing aspect of the solar industry. Popular groups like the University of Michigan solar car team look for the best performance-based solar batteries on the market. But for more casual-use solar technology, the obstacle lies in lowering manufacturing costs.

The deciding factor that brought gas-powered automobiles from a relative rarity to a common road sight was the improvements to their production. As it became more and more affordable to create efficient vehicles that ran on gas, they became more readily available.

This same trend is expected to occur with solar vehicles. As of now, the challenge is to make their production and distribution economical for both the buyers and the manufacturers. A combination of planning from engineers and investments from lenders will be needed to spur these changes, but the market is ripe for them.

With so many events based around racing, this area, in particular, could see more growth in the area of solar technology. Just as vehicles race toward the finish line in a competitive race, companies are running toward the goal of a more renewable future. With a focus on solar technology, this future could be realized sooner than ever.