The Future of Solar Powered Airplanes 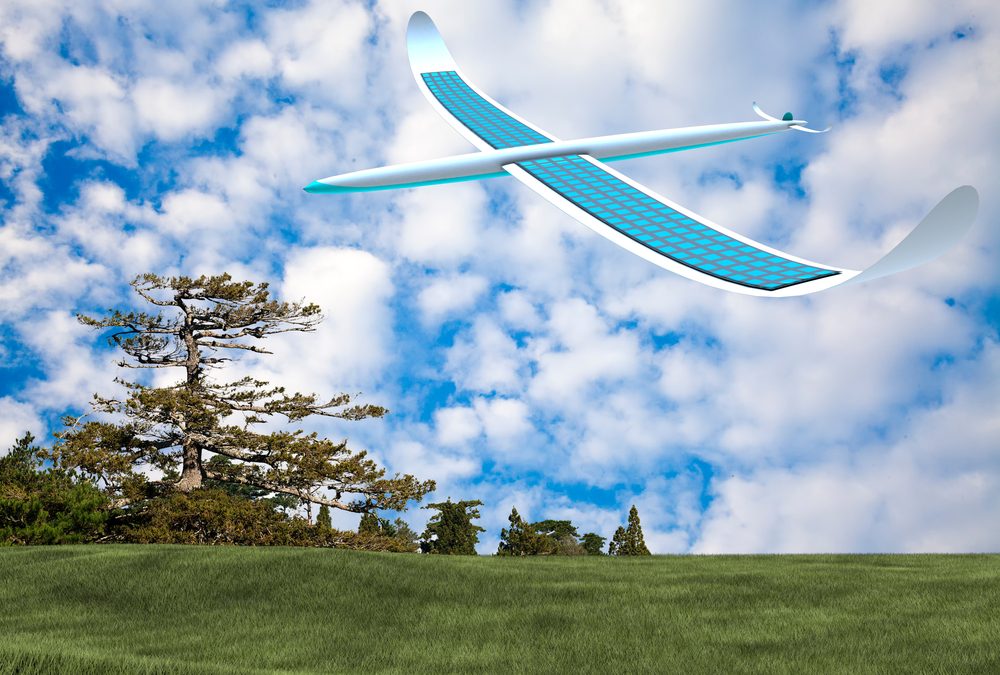 Transportation innovations are all pointed in the direction of solar, so why should airplanes be any different? Solar airplanes are being developed that can cut costs and reduce the impact on the environment, but there is still some time before we will find ourselves with a boarding pass. Still, a solar powered airplane is definitely in the cards for our lifetime, so what are some of the things we should know about them?

Are Solar Panel Airplanes in Development?

The short answer to this question is yes. Are the planes ready to take on passengers? Not quite yet. In 2015 the Solar Impulse 2, a fully solar powered airplane, spent 23 days in the air without the use of any fossil fuels. That means no jet fuel of any kind. Instead, 17,000 solar cells and a bank of powerful batteries, which helped to keep the plane in the air during the night, powered the plane. These solar panels were all placed on the wings, which are wider than that of a Boeing 747.

The plane itself was only large enough to house the two pilots who flew the almost 25,000 miles around the world. During the daylight, the plane used its solar panels to charge a bank of batters that kept the plane in the air at night. Reaching heights up to 29,000 feet and lows of 5,000 feet, the flight showed the difficulties of operating a completely solar powered plane.

How Can Solar Power Airplanes Benefit the Travel Industry?

While solar airplanes are far from being airline ready, we can still consider the benefits that would come with them. They include:

Creating a solar powered plane is a new frontier in aviation that creates limitless opportunities. While engineers are only scratching the surface now, once developed, we could find ourselves traveling the world in a whole new way.

Making a solar powered plane fly is a combination of aerodynamic design, flight skills, and technological innovations. First, the design plays a huge role in a planes ability to fly. The Solar Impulse 2 for example had a 72m wingspan and a weight of only 2.3-tons. Compare that to the 68.5m wingspan and 154-ton weight of a Boeing 747.

What the solar powered plane lacks in jet power, it makes up for in solar panels. These solar panels cover the wings and are connected to a bank of batteries. As the plane flies, it uses to solar panels to charge the batteries. This is why the flight height reaches its highest when the sun is fully out.

While these batteries can keep the plane in the air, they do not compare to the power of jet fuel. A Boeing 747 can reach top speeds of 988 km/h, while the Solar Impulse 2 only hit speeds of 140 km/h. This not only affects speed, but also distance traveled, which is where solar powered airplanes suffer.

While the benefits of solar powered airplanes are obvious, there are still some major hurdles to overcome. For one, figuring out how to load passengers, luggage, and supplies in a solar powered plane without sacrificing power will be a major concern. Similarly, the overall size of the plane would need to be adjusted. In the end, the solar solution is the future, but new technology needs to be created to ensure success. If, however, the car industry is any indication, we may be flying in a solar powered plane before we know it.