What You Should Know About NextEV 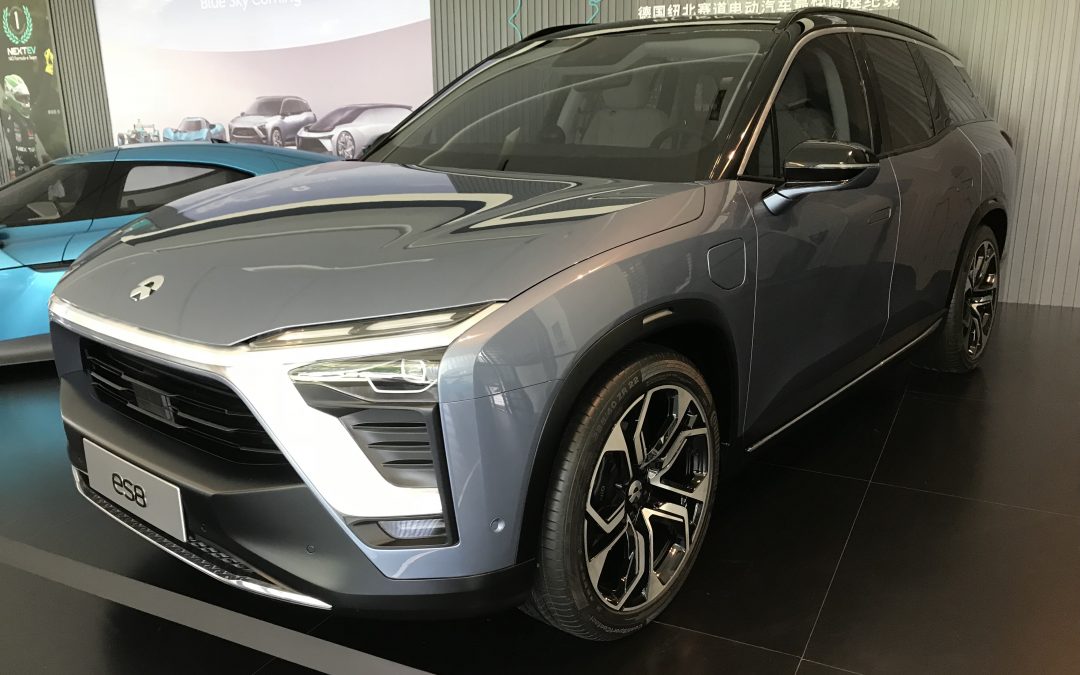 ​Speed, modernization, unmatched performance – these are all the types of characteristics people look for when it comes to vehicles.

Though electric cars are new to the market, at least when compared to their long-standing gas-guzzling competition, that doesn’t mean much. Their young technology is progressing quickly, and has led to many companies jumping in the electric car industry.

Electric cars are no longer sold on the merits of their power source alone. Now they’re being revered for their approach to steady improvements, and creating models that surpass those from previous years. And they’re not just inching past them – they’re leaving them in the dust.

What about the NextEV brand? This is a name that has been gaining a lot of attention since their inception. They’re boasting the ability to create fast and efficient electric cars. If we go by the manufacturer’s claims, NextEV has a line-up that includes the fastest electric car on the market yet.

What should you know about this rising name in the electric automotive market? Where do they come from? What do they offer? And can they back up their bold claims about having the fastest electric car with the best performance?

Quick Navigation
Who is NextEV? What Are Their Origins?
A Closer Look at NIO’s ES8: A High-Performance Electric 7-Seater
How is the Company Progressing?
What Does NIO’s Presence Mean to the Market?

Who is NextEV? What Are Their Origins?

NextEV is accompany launched in China, and they’ve done a lot in the span of less than four years. Founded in 2014, they quickly built up their market share and began working with a team in Munich, Germany on the development of autonomous vehicles.

The main thing that changed from a company branding perspective was the name. NextEV is now known as NIO, though the company and its vehicles are often still referenced with the NextEV banner.

Let’s take a look at what gave this company their claim to fame when it comes to mixing speed and smart engine performance for electric vehicles. The NIO EP9 a powerful machine without a doubt. But it is also up against some stiff competition. This means the race is on, both literally and figuratively, to see which is faster and more reliable.

Companies like Tesla offer electric vehicles that can compete with the NIO EP9 in terms of speed. Up to a point, some of Tesla’s vehicles can actually go faster than the EP9. But NIO’s offering has proven itself in a different type of testing ground.

At the German racetrack simply known as “The Green Hell,” the EP9 is said to have made a lap around the 12.9-mile track in just 7m 5.12s. That’s an impressive time, and so impressive that it beat out most of the other cars – even non-electrics – that were tested on the same track.

The NIO EP9 can offer a charge for a range of 265 miles in as little as 45 minutes. Being able to power up for that lengthy of a journey so quickly is valuable, especially among those who want a fast car as well. Mixing speed and non-gas engines is a tough balance, but NIO manages to pull it off nicely.

It should also be noted that as bad as you may want to try out an NIO EP9, you won’t be able to – unless you are willing to shell out $1.2 million, which is the cost it takes to build one of these futuristic automobiles. That is the price for now, which explains the company’s commitment to only a half-dozen so far.

But there are also other models like the NIO ES8, a high-performance model in the seven-seat category. It goes to show how versatile NIO is for such a young company. It also shows how they split their offerings between vehicles that are great today and those which could lead the way tomorrow.

A Closer Look at NIO’s ES8: A High-Performance Electric 7-Seater

In order to provide a better grasp of how NIO approaches craftsmanship for their vehicles, we wanted to examine a model that was already on the market. It doesn’t claim to break any racetrack speed records like the ES9, but it does check all the boxes of a functional vehicle.

What exactly does that mean for the buyer? Functional features are those that can come in handy for the average person in most situations. You may want an electric car, but you may not need something that can burn rubber like you were in a drag race.

The ES8 is a seven-seat SUV available in the Chinese automobile marke​​​​t. It is essentially a mobile living space with multiple high-tech features designed for driver assistance and intelligent performance. Let’s look at some of the vehicle’s main features.

Combine this with the introducing of NIO’s power servicing stations for advanced fueling and servicing capabilities, and you have a well-rounded entry into the electric auto market. This is by no means NIO’s only offering, and only serves to demonstrate how their lineup is diverse but focused on certain ends.

Beyond just high speeds, there’s a focus on making electric and semi-autonomous vehicles more viable. NIO represents one of the most impressive automobiles in the Chinese market and offers some great possibilities for the future.

How is the Company Progressing?

While we can see that NextEV aka NIO has offered some great innovations in the market, there are questions about how they will perform moving forward.

For starters, NIO may be working their way into the American market beginning with a U.S. stock market listing. That listing could be worth up to $2 billion, but such a lofty goal necessitates a bit of help. That’s why NIO has been enlisting the assistance of eight banks including Morgan Stanley and Goldman Sachs.

NIO’s advancements in the areas of electric batteries could help both Chinese and American consumers cut back on emission rates, aiding in the international effort to curb fossil fuel emissions. Such a goal is noble, and will be much easier with an established name like NIO creating new technologies.

Though the company hasn’t given any specifics regarding an IPO, they have made known their plans to go public by the end of 2018. That’s big news, and it shows how quick the company is progressing. For reference, the Chinese auto market slowed down substantially throughout 2017. This means that while NIO has continued improving, their improvements were made in a rough market – making their rise that much more impressive.

The boom created by energy-efficient vehicles like NIO’s offerings was one of the few bright spots in the Chinese auto market throughout last year. Their success has everyone from lenders to investors interested, making them one of the top companies to watch in the US and China.

But not only have they grown, they’ve become one of the main companies to watch in the industry and thus stepped out as a leader.

What Does NIO’s Presence Mean to the Market?

NIO has shown that companies don’t just have to place their focus solely in one area of vehicular technology. They’ve offered great breakthroughs in the areas of autonomy and electric engines, making them a multi-faceted company.

They’ve even integrated these ends into various types of vehicles. From the speedy futuristic ES9 to the family-ferrying ES8, the NIO product line offers something for almost everyone. It is a testament to their versatility and also a glimpse of how electric automakers may approach product design moving forward.

Whether they’re called NextEV or NIO, this company has come a long way in a very short time. There’s no telling how much further they will progress in the coming years, especially once they go public. But it is likely we’ll see a lot more from them in the near future.