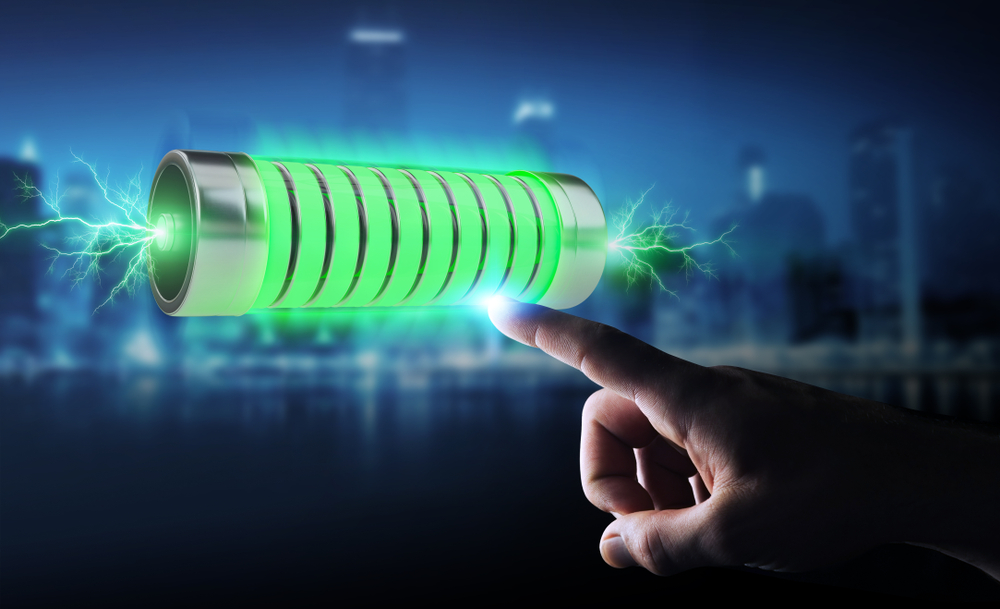 Batteries have changed a lot over the past few decades.

Remember your first laptop? It probably came with a massive and bulky detachable battery. Not to mention: heavy, so heavy.

Did you know that batteries are actually holding back technological progress?

Take drones, for example: it’s relatively easy for researchers and manufacturers to design and build a super lightweight drone but batteries are another story. (Same goes for electric cars.)

Anyone who has a drone can probably attest to the annoyingly short battery life.

But futuristic batteries are coming. The future of batteries looks a lot brighter than it did ten years ago.

And the future of electric car batteries? That’s really where all the research and money are.

In the next decade or so, futuristic batteries should be a lot more accessible. You’ll find them in your smart phones, devices, and even cars.

Plenty of private companies are racing to create different prototypes they can sell off to car manufacturers and other industries.

However, the United States government has also prioritized the future of battery technology. The Defense Advanced Research Projects Agency (DARPA) is notorious for a broad range of wild and crazy projects. This agency is also investing considerable time and money into creating batteries of the future.

Private companies frequently partner with DARPA for advancing technology of their own. Either way: the race is on.

Lots of futuristic batteries satisfy the “interesting” factor but they aren’t necessarily very useful yet.

In 2016, scientists created a battery that dissolves within 30 minutes after exposure to light, liquid, or heat. Unfortunately, it can only produce about 2.5 volts for 15 minutes.

The concept is great, but researchers aren’t sure how to use this idea in a practical way: the medical field is a no-go because it still contains lithium.

Chinese researchers recently developed a battery that runs on nitrogen from the earth’s atmosphere: it’s environmentally safe and sustainable, too.

This battery is pretty revolutionary because it doesn’t require lithium.

Surprisingly, this new method requires a lot less energy to extract the nitrogen from the atmosphere than previous options.

3. Clothes that Charge Your Phone Battery

Okay, this isn’t exactly a battery per se, but it is certainly a futuristic way to charge your batteries.

A few companies are designing clothing that can power devices through bodily movement. Tiny fibers woven into the fabric generate electrical energy from friction: even while sitting.

4. Community Grid Batteries of the Future

It’s 2018: why does society still use old-school poles and above-ground wires?

This $7 million project from MIT called Electroville aims to change that by creating a large-scale solar-powered battery grid for communities. It relies on aluminum which is relatively cheap to produce and very abundant.

5. In the Future, Batteries Won’t Explode

Who could forget the exploding Samsung phones? Fortunately, a few companies are working hard to develop safer – and more efficient – batteries.

They utilize non-flammable and non-volatile materials which means that in the future, batteries will be able to sustain higher temperatures.

Other light-weight options can absorb impact more efficiently which makes them perfect for electric car applications.

Scientists are always looking for new sustainable sources of power. What’s more abundant than bacteria? (Well, maybe air. More on that one later.)

These bacteria-powered batteries are light and thin. Plus, they have the potential to generate moderate amounts of power so researchers believe they’re perfect for dangerous or hard-to-reach areas.

This battery isn’t quite as revolutionary as China’s nitrogen variety because it still requires lithium, but pulling power from the air is still a remarkable feat.

Dubbed “lithium-air,” these batteries have potential to generate 7 times as much power as traditional batteries – and they’re rechargeable.

When it comes to the future of electric car batteries, Honda sets their sights high.

By 2022, the car manufacturer plans to have a car battery that charges to full capacity in just 15 minutes.

Batteries of the Future are Coming: Slowly but Surely

In the future, batteries will be a lot smaller and lighter – that’s goal number one for the future of electric car batteries.

Hopefully, this means batteries will be safer, lighter, cheaper, and accessible to everyone for a variety of uses.