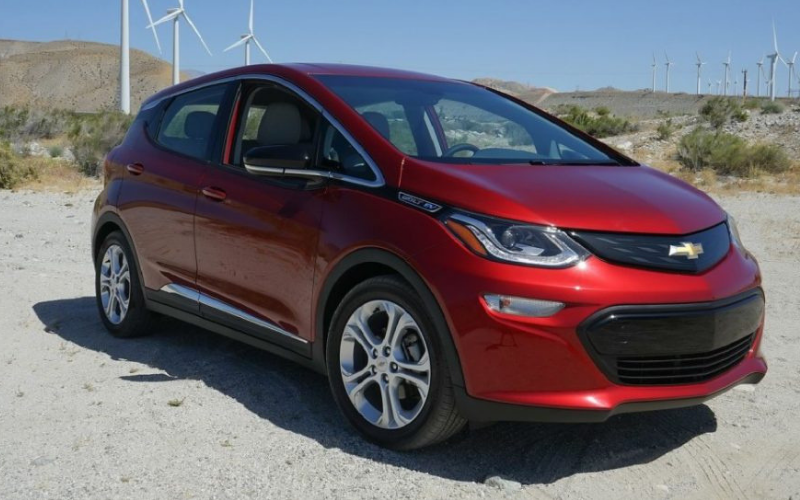 General Motors was once accused of trying to kill off the electric vehicle dream.

Something that did not bode too well with proponents of the EV movement.

Thankfully, the company redeemed themselves with an amazing EV of their own, much to the delight of EV fans, and probably car enthusiasts at large.

The GM Bolt is one amazing electric vehicle that is poised to be America’s favorite electric vehicle. And that is a very strong possibility seeing as GM is doing all in their power to make the GM Bolt easily affordable accessible to everyone.

But with the many electric vehicles silently and efficiently moving multitudes into the future, what sets the Bolt apart from the rest?

Apart from the cool name of course.

Allow me to take you on a short drive as we explore all the qualities of this car from the future – good and bad. The GM Bolt – 6 Interesting Things You Need to Know

If you’re looking for a green car that is reliable, then you have to strongly consider the GM Bolt (also commonly called the Chevy Bolt).

Here are a few reasons why.

Despite having similar names, the GM Bolt and the GM Volt are not to be confused. There’s a very big difference between the two.

The GM Volt is a hybrid vehicle (and a very good one too), meaning it uses both a gasoline and electric drivetrain to power it.

The GM Bolt, on the other hand, is a pure electric vehicle and has no tailpipe as proof its purity.

Great! Now that we have cleared that one off the table, let’s proceed to more pressing matters.

2. It’s All about Pedigree

When it comes to electric vehicles, they are all a relatively new concept and breed of cars. This makes it possible for a startup with enough money to join the fray.

This is where you are safer going with the GM Bolt. After all, GM has been in the car industry for a very long time (the Detroit powerhouse has been in the business since 1908).

And as a testament to its pedigree, GM was the biggest automobile manufacturer for most of the 20 century (from 1931 through to 2007).

This means when you buy a GM Bolt, you are buying into a lineage of one of the most dependable cars on the market.

3. Simple, but At Least it Works

One thing GM needs a pat on the back for is not riding the hype wave most EV car makers are on. Ditching gimmicks and fancy components for practicality, the GM Bolt is one of the most reliable and truly functional electric vehicle produced for the masses.

And this time, playing it safe is definitely paying off for GM.

The “down to earth” nature of the GM Bolt is actually a good thing for the average consumer as it makes it easy to live with.

Speaking of simplicity, the GM Bolt features a basic design that easily fits in with normal gasoline cars unlike the ostentatious designs featured by other electric vehicles (falcon wing doors anyone?). And the simple design goes deeper than the skin too as the GM Bolt comes with a pretty simple powertrain.

Every trim level of the GM Bolt has one thing in common – they all come with a 60-kilowatt lithium-ion battery coupled to a permanent-magnet electric motor. That simple combination produces a powertrain equivalent of 200 horsepower and 266 pound-feet of torque in a conventional vehicle that weighs 3,563 pounds.

And because the system is designed in such a way that the battery is spread out below the floor, the GM Bolt has a low center of gravity making it very stable, even when going around sharp bends – despite it being a front wheel drive.

One of the biggest challenges when it comes to making a user-friendly electric vehicle is range. Yes, range anxiety is real and it definitely is a major pain point for many EV makers.

And this is one of the areas in which the GM Bolt strikes down the competition with its 238-mile range.

That is a very impressive figure as the GM Bolt’s main rival, the Tesla Model 3 does 310 miles – and that’s the only electric vehicle in the category to outdo the GM Bolt in the category. Even the revered Nissan Leaf only manages a range of 150 miles.

For an EV, 238 miles is a great feat, especially a newcomer to the game.

And given the fact that most people don’t clock half that distance in a day, the GM Bolt is actually a very practical and functional electric vehicle that you can depend on for your daily commute.

When it comes to performance on the road, the GM Bolt is aptly named as the instantly available torque makes it sprightly and nippy around town. With the ability to easily reach 91 mph without any engine shudder, it’s easy to drive in the 80s in a 55 mph zone without realizing it.

That’s just how smooth the Bolt’s drivetrain is.

As for going from 0 to 60 mph, the GM Bolt does it in a pretty impressive 6.5 seconds and will give you constant and smooth power until you reach 80 mph. from this point on, the Bolt will take more effort to reach its top speed of 91 mph.

Overall, the performance of the GM Bolt is above average and well worth the investment of, well, we’ll get to that in a moment.

With fast charging power points becoming a common feature at most gas stations, electric vehicles are becoming more viable by the day.

And with most car makers providing faster charging systems that are compatible with domestic power outlets, charging your electric GM Bolt won’t be a problem at all.

For instance, on a domestic setup, 240 volts will take 10 hours to charge the battery, while a regular 110-volt socket will give you a disappointing charge time of 30 hours.

Even when you use a fast-charging port, 30 minutes will only give you enough juice to take you 90 miles on your journey and then the charging system reverts back to normal charging speeds.

This is probably the Achilles’ heel on the GM Bolt.

I guess you just can’t have it all good.

But these figures are actually easy to live by, especially if you charge your Bolt at home while you sleep or work on charging the battery via the regenerative brakes.

For GM’s target customer base, affordability of the GM Bolt is a major deciding factor when it comes to making the final decision on whether to purchase it or not.

Pricing for the GM Bolt starts at $37,495 and if you go for the full-house model with all the bells and whistles, you should be prepared to fork out slightly more than $44,000. With the $7,500 federal tax rebates and numerous other state incentives, the actual price will come way below the advertised purchase prices.

This makes the GM Bolt a very affordable electric vehicle for the average consumer.

For General Motors, and the rest of the world, this is definitely a moment to savor in the development and production of electric vehicles as the GM Bolt is one of the first (and best) electric vehicles targeted and priced for the masses.

The GM Bolt – Electric or Pathetic?

All in all, the GM Bolt is a solid car as far as electric cars are concerned. In fact, it probably is one of the best you can get, especially considering its impressive range.

Despite the charging system needing some major improvements, the GM Bolt makes up for that in more ways than one.

So go ahead, allow the lightning bug to bite you and go for the Bolt.

You’ll definitely find owning and driving it an electrifying experience.