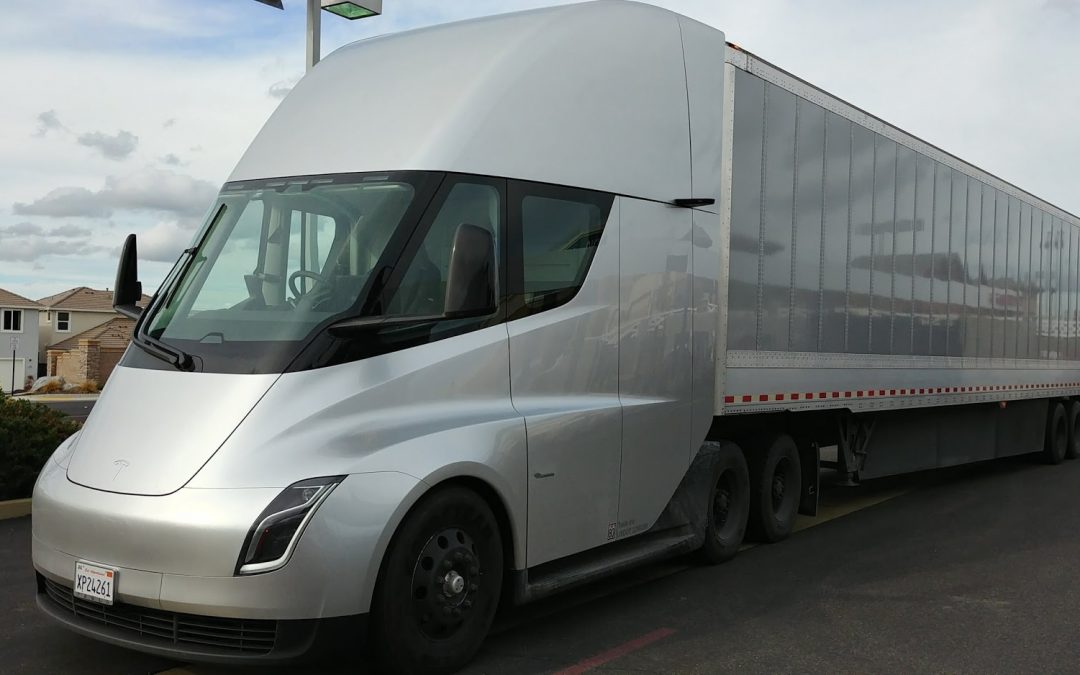 We are living in interesting times.

Probably on the brink of another “industrial revolution”, only this time it’s a technological revolution.

What with AI, the Internet of Things, and electric and autonomous vehicles.

Speaking of electric vehicles, the transportation industry is on the brink of something that is keeping many transport and logistics companies holding their breath (with fingers crossed) – the Tesla Semi truck.

Yes, Tesla has been working on an electric semi-truck that has engineers and truck dealers polarized with some criticizing Tesla for selling dreams while on the other end of the spectrum, believers have already placed orders for a slice of the 1000 “founders trucks” promised to go into production in 2019.

But why all the hype over the Tesla Semi truck? Especially since Tesla has proven the viability of EVs by producing, not one, but several EVs that are already in production.

Elon Musk unveiled the Tesla Semi truck on November the 17th 2017 amid much applause from supporters and fans of the eccentric thinker and his company.

Featuring a striking design and even more striking promises, the Tesla Semi truck is set to revolutionize the transportation sector.

The Tesla Semi, like the other EVs from Tesla, is equipped with Autopilot and other advanced safety features but stops short of being 100% autonomous. As with other EVs, it is set to be environmentally friendly while at the same time, saving consumers a lot of money.

So what else do those companies that have already placed orders understand that you too should know?

Let me enlighten you as I share with you 5 things you need to know about the Tesla Semi truck.

5 Things You Should Know about the Tesla Semi truck

Although some critics of the Tesla Semi truck claim that its feasibility is questionable due to it not aligning (or breaking) with the laws of physics, Tesla is actually on to something big with their leap into the transportation industry.

So what does the Tesla Semi truck promise?

At the unveiling event, Musk showed off a beautiful space-age battery-powered big rig with a whopping 500-mile range.  To put it in perspective, Tesla’s Model S has a range of 335 miles. That means for the Tesla Semi truck to manage 500 miles, it has to come with either massive batteries or some power source from the future. But more about batteries later.

There is also a smaller version of the Tesla Semi truck tentatively called a pickup (although it comes with a flatbed big enough to accommodate your conventional pick up). This smaller version has a range of 300 miles.

The bigger variant of the Tesla Semi truck will easily be able to do round-trip runs on most of U.S. freight routes (on a single charge), which are typically 250 miles or less.

One of the biggest selling points of the Tesla Semi truck is safety.

Incorporating features like Enhanced Autopilot, forward collision warnings, automatic emergency braking, lane-keeping assist, and many other features, the Tesla Semi truck is set to reduce accidents on the road. This is because the truck will basically drive itself even though a driver will be mandated to be on board (and alert). But with safety features like these, human error due to fatigue or intoxication is drastically reduced.

Another safety feature, according to Tesla, involves the use of torque sensors in all wheels and software that aids in correcting steering. This will ultimately eliminate jackknifing, a problem common to big rigs.

Although there are no official figures concerning the weight of the batteries, it is definite that will be massive. In a sense, this will be good for the truck as it will mean a lower center of gravity, translating into a stable vehicle with reduced risks of rolling over.

According to Tesla, the revolutionary Tesla Semi truck comes with chart-topping and nearly unbelievable acceleration and horsepower – especially for a battery powered rig.

Employing the use of 4 separate electric motors, the Tesla Semi is projected to be able to go from 0 to 60 mph in a mere 5 seconds. This is very impressive, especially when you compare that with the 15 seconds taken by a diesel cab.

When it comes to hauling loads across the country (which is the most important aspect of a semi), the Tesla Semi truck will be able to pull a full load at 80,000 pounds from 0 to 60 in an impressive

As for going uphill, a dangerous and tricky part of driving a big rig (especially with a heavy load), the Tesla semi will be able to maintain a speed of 65 mph on a 5-degree incline. Conventional diesel trucks only manage 45 mph on the same gradient.

This means it will be easier to haul large cargo uphill using the Tesla Semi truck as compared to a diesel rig.

Let’s be honest here. No one buys a semi for fun. It is meant to be productive and to bring in profits.

How well will the Tesla Semi truck fare here as compared to conventional rigs?

According to Elon Musk, Tesla will guarantee that their Semi truck won't suffer any break down in the first 1 million miles of operation. Furthermore, Tesla estimates a 2-year payback for the extra purchasing cost of the truck over a traditional diesel rig, something every truck operator will definitely appreciate. But how is that possible?

Perhaps it’s due to some of the features that the Tesla semi comes with. Features such as the 1 million miles maintenance free service it will afford, no fuel costs, and superior efficiency just to name but a few.

For those running large fleets of trucks, the Tesla Semi truck could potentially save them millions in fuel costs, making it a very attractive choice.

But this brings us to a very pertinent question…

How Much will the Tesla Semi Truck Cost?

Because of the research and technology involved in creating the Tesla semi, it definitely will cost more to purchase outright than it would a diesel rig.

Initial trucks, the 1000 units that make up the Founders Series, will cost $200,000 and will have to be paid up front in order to reserve.

Although the upfront cost of the Tesla Semi truck is significantly higher than purchasing a diesel truck, the running costs easily offset that expense.

Then there’s the Dreaded Battery Issue

The issue of the batteries that will power the Tesla semi could possibly be the biggest thorn in the flesh for Tesla.

This is because of the 80,000 pounds federal weight limit imposed on all trucks.

What this means is that no matter the weight of a truck tractor, the loaded tractor-trailer combination should never exceed the federal weight limit of 80,000 pounds.​

This is mainly done to preserve roads and bridges that would otherwise deteriorate faster if heavier weights were to pass on them.

In essence, the heavier a truck is, the lighter the load has to be.

This means the Tesla Semi truck needs to be designed in such a way that the batteries will not be so heavy as to reduce the payload of the truck, otherwise it will become economically unsound transporting goods using it.

So how heavy will the batteries on the Tesla Semi truck be?

That is still to be revealed, but one way Tesla can mitigate this is by having a network of charging points along major routes to ensure that batteries are kept to a minimum weight.

One question many people are asking concerning the Tesla Semi truck is whether it is fiction, fact, or perhaps something still reserved for the future.

The answer is simple – fact.

Why do I say that?

Tesla wouldn’t risk a false advertising lawsuit for something they are not sure of. And advertising the Tesla Semi truck has been done aggressively, a testament that it is definitely close to production.