What You Should Know About the Mercedes Electric Car 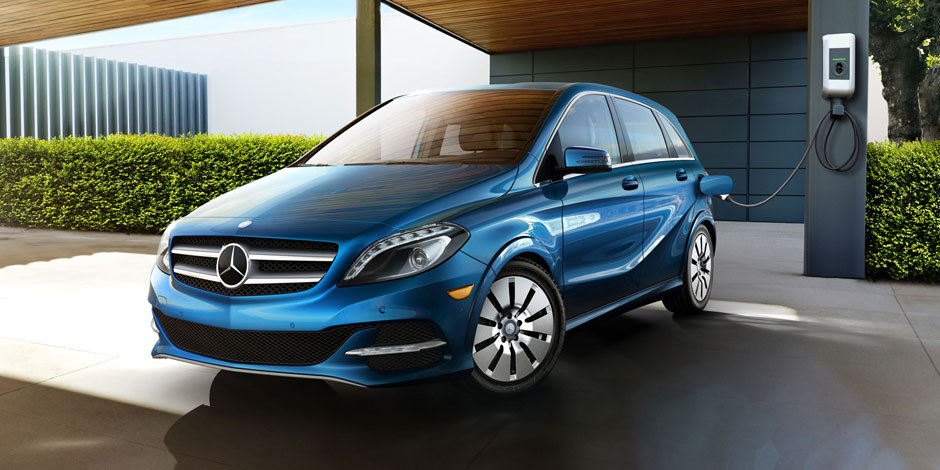 ​German luxury auto maker Mercedes-Benz has a name that commands respect throughout the automotive industry. Commands may be a harsh word though, especially considering the image Mercedes brings to mind.

For many, it’s the steady purr of a V8 engine capable of high speeds during nimble road maneuvers. For others, it’s the inward and outward design that echoes sentiments of luxury and comfort. But now Mercedes is bringing to mind other images – images of a better environment.

With the green movement lighting the fire under gas-powered engines, not to help them run but to run them out of the industry, more major auto makers are going electric. Mercedes is no exception. The Mercedes electric car has made a lot of noise, figuratively, since its debut.

An electric offering from any auto manufacturer is a big deal in an age where the technology is finding its foundations. But when we’re talking about auto makers, there are few names that garner as much interest as Mercedes.

Mercedes entering the market means big things for the future of both their company and the auto industry as a whole.

What should you know about this vehicle? What types of features does it offer? How does it hold up to the competition? And does it have that unique Mercedes touch that separates it from other vehicles in the electric and hybrid classes?

Background and Specs of the Mercedes Electric Car

The electric concept from Mercedes is touted as the next evolution of the famous vehicle. That’s a hefty claim to make, especially for a company that has led the way in the luxury car market for years. But the auto industry’s transition into a greener approach could be called an evolution – meaning this labeling is fitting.

This evolution has resulted in a new category within the Mercedes portfolio, and has already caught a lot of attention. That’s largely because of the approach taken – a mix of Mercedes’s trademark style and their breakthrough design as it pertains to electric intelligence.

The vehicle sports hypnotic blue lighting along the grill, surrounded by a silver ergonomically designed casing and tucked beneath a black hood. The Mercedes emblem in the front center is like a cherry on a sundae, and the vehicle’s appearance begs for it to be driven right into tomorrow.

Futuristic looks are one thing, but how about the electric fuel source? Technically, the company’s main electric offering has two electric motors anchored to the powerful drive system of the same type. It has an output capable of reaching 300kW with scalable components. This equates to a five-second wait from 0-60, and a range of 300-plus miles on a single charge. Not bad, and easily able to take drivers beyond their normal commute.

There’s also a great deal of attention given to the interior design. But beyond just the comfortable seats and luxurious looks Mercedes is known for, there is a reworked approach to the cab controls. In 2018, knobs and switches are becoming as antiquated as gas-powered motors. The Mercedes electric car replaces those controls with a touch-screen interface. Couple this with ambient lighting that adjusts automatically to driver activity, and you have a smart, modern vehicle from a champion of luxury classics.

To summarize, here are the key highlights of the primary Mercedes electric car:

With so many great features like these, it is no wonder the Mercedes electric car has gotten a lot of buzz. When we’re considering how this vehicle performs, we compare it to other similar vehicles in the industry.

Companies like Tesla, Volvo, and Chevrolet have all developed electric vehicles in the past several years. While each company has their own approach, Mercedes’s method of using the dual-engine and their own design choices in their electric offering.

But given how fast their catalog entry for electric options is expanding, it won’t be too long before we can compare different variants of market-ready Mercedes electric vehicles to one another.

Future of Electric Cars from Mercedes

We know that Mercedes has already made a great-looking and well-received entry into the electric auto market. But just how far will things go? Will this sub-category of autos become one of the company’s best selling of all time? Or will it pave the way for the future of engine design choices across their entire inventory?

For starters, we know that they’re already planning on bringing an SUV to the market with all-electric power by next year. But for the meantime, they’re already showing off their current offerings at shows and expos across the globe.

Their electric compact model was shown off at the Frankfurt Auto Show, offering an impressive powertrain and showing exactly what their dual-motor could do in an electric context. They also showed off the charging capabilities here.

But while the SUV market may see a Mercedes electric car soon, why does it seem companies tend to focus their efforts on compact cars first? There are several reasons for this, and all of them revolve around the idea of efficiency as it pertains to electric vehicles. Let’s examine some of the potential reasons.

The biggest question auto makers have to ask themselves before debuting an electric offering on the market is whether or not they can earn enough sales to recoup their investments. Compact cars are smaller and thus usually cheaper – this makes them a great place to start when debuting a new type of vehicle altogether.

When we think about the way electric cars are designed, one of the main questions about the final product is whether or not the electric engine can deliver good performance. This includes a high rate of acceleration and a strong miles-per-charge ratio. Compact cars have less weight and fewer parts to move around. This gives designers a bit of extra breathing room.

While compact cars may have their own tech add-ons thrown in varying degrees by their creators, they may have less than their larger and bulkier counterparts. For those who aren’t used to a company’s tech features and managing the maintenance of electric hardware, the compact is a fine place to start. It can also help the manufacturers themselves find out more about what direction they’d like to take future models.

As we can see, the compact is easily a great starting point for electric cars. Look at some of the smaller models in Tesla’s inventory or the Chevrolet Bolt to see how compact and energy-efficient fit seamlessly together.

Will the Mercedes Electric Car Have a Global Appeal?

There are many reasons why Mercedes has become such a successful auto maker in the general sense. But one of these is their willingness to promote their vehicles across the world.

While based in Germany, the auto maker has cars across continents, allowing many different countries to enjoy their high-end luxury vehicles. They’ll likely take the same approach with electric cars, which is something they’ll need in order to be successful.

And since the electric car is seeming to be an evolution in Mercedes’s inventory rather than just a new variant of automobile in their general inventory, it is easy to believe they’ll invest heavily in it. Going with a global approach makes it easier for them to study international markets and even see where their electric models will sell best.

The Mercedes electric line will likely continue growing with more vehicles in a variety of different powertrain/design options emerging within the next decade. By 2028, we could see a full portfolio of electric car offerings from this classic manufacturer.

The Conclusion: Mercedes is Off to a Good Start

There’s no denying that Mercedes line of electric vehicles has a lot of catching up to do. When compared to Mercedes’s other vehicles, the electric options lack the same variety and wide range of features.

However, this is to be expected given how long the regular lineup has been in manufacturing and how little time has been spent so far on electric offerings. But as the time goes on, it will become clear that Mercedes’s current electric car is a great starting point.

With a great start and a solid entry into the market, it will be easy for one of the world’s most enduring auto makers to continue their success in an eco-friendly manner.